The live industry is using the online video platform to launch the careers of a number of touring artists. How sustainable are they? 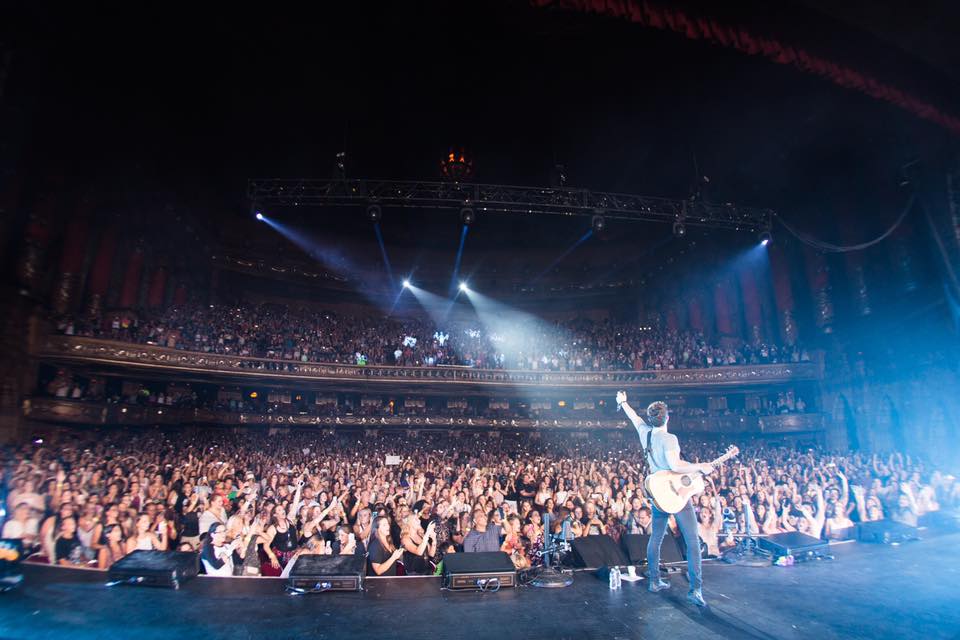 While the recorded music industry battles with YouTube over royalty rates and copyright rules, the live business is using the online video platform to discover a number of lucrative touring artists. But just how sustainable are the live careers of artists who’ve launched online?

Touring artists who’ve launched their career on YouTube has been big for a while in the US with agencies including WME, CAA and UTA making a big play for online talent.

The trend is crossing over to Europe, thanks to the success of events including Summer in the City and Meet and Greet Convention (MAGCON), and acts like Shawn Mendes (pictured), Leroy Sanchez, Hannah Trigwell and Emma Blackery.

In the UK, agents at Kilimanjaro Live, Coda and WME are getting involved, while Ben Mitha, MD of Karsten Jahnke Konzertdirektion in Germany, is in the process of expanding the company’s portfolio by promoting YouTube and social media stars. The move is a result of him finding it increasingly difficult to build new acts and send them on tour in an economically viable manner.

Last weekend, Summer in the City, now in its eighth year, served as a microcosm of the burgeoning live industry the YouTube world is creating. Over 10,000 young fans descended on London’s ExCel centre where they could meet their favourite YouTubers, watch them live, and listen to panel discussions.

It’s a generation of emerging stars that are unknown to most over the age of 18, and media outlets like The Guardian have even been publishing guides to bridge the generation gap.

Kilimanjaro work with Summer in the City on an event management level, and Promoter Mark Walker first got involved after it was launched by a group of YouTubers. For the first three years, the group hosted meet-ups in a park, moving it to the 800 cap. Brewery, where 3,000 people turned up, and then on to the 7k cap. Alexandra Palace, when Walker stepped in to help organise. “Off the back of that I saw what was going on with the YouTubers and how big some of them were,” he explains.

Kilimanjaro signed comedy acts Tyler Oakley and Miranda Sings, and Oakley’s first tour sold out everywhere within a day. Venues included the 2k cap. Sheperd’s Bush in London and Glasgow’s 2.5k cap. Academy. After founding a new talent agency, Free Focus, to sign emerging digital talent in February, Walker has a joint tour coming up in September with pranksters Roman Atwood and FouseyTUBE. “We’ve sold out Hammersmith Apollo, Glasgow Concert Hall and Birmingham Academy,” he says. “Manchester Apollo will be sold out by the time the show comes round.”

In May, MAGCON – a tour that takes a number of YouTube stars to meet fans – visited the Indigo in London, Manchester Ritz and Birmingham Institute, and all the dates sold out within half an hour. Alongside the £20 General Admission ticket price, 450 VIP passes per show went for £99.

Shawn Mendes was part of the MAGCON tour, and is now launching his music career with the help of live agent Nick Matthews at Coda alongside US partner Paradigm, as well as a management and record label team. Mendes launched his career by doing covers on YouTube, but is now writing and releasing original material.

For Matthews, the fact Mendes could sell out bigger venues from the off because of his online presence hasn’t stopped the agent approaching the tour the same way he would for any young act.

“When you find an artist that can very quickly sell 1,000 or more everywhere in the world it’s a dream for an agent. However, you can get to that point quickly but then go sideways for a long time unless you break through.”

“When you find an artist that can very quickly sell 1,000 tickets or more everywhere in the world it’s a dream for an agent. However, you can get to that point quickly but then go sideways for a long time unless you break through,” he says.

Mendes’ first show in Europe was the 200 cap. Borderline in London, and the same strategy was employed for Austin Mahone – another of Matthews’ acts who launched on YouTube.

Says Matthews: “We started really small on purpose. It gave us an idea of the real value of what they were doing online and then it’s about scaling that growth.

“We wanted to continue everything selling out mega quick so you’re cultivating and fermenting that demand. Every time you announce something it’s a very electric on-sale. We’re now doing that at really massive levels.”

Less than a year after his Borderline show in October 2014, Mendes sold out the 2k cap. Shepherd’s Bush Empire in London, where he played in September last year.

“I think that growth is faster than other debut acts, but these days everything happens quicker than it’s ever happened before because of the global nature of the music industry,” says Matthews. “I look after Halsey and you can’t really say she’s a YouTube star but she has gone from zero to Brixton quicker than any other artist I’ve ever worked with. There are other acts out there that we don’t work with that are having that same level of acceleration.”

There is a danger in peaking too soon, and Matthews takes measures to ensure that doesn’t happen. “When you’re on such a steep incline you’ve got to manage that growth. You need the repertoire to do the bigger shows and the experience as an artist as well. Always pitch it as your average day rather than your best day, for Shawn that’s always how we’ve played it,” he explains.

Over at Kilimanjaro, the YouTube stars have proved a decent source of income due to the ability to go straight in with a decent ticket price that ranges from £12 to £35, as well as VIP upgrades like meet and greets. However, it’s often higher risk than traditional tours due to the lack of support the acts have, meaning Kilimanjaro pay for accommodation, transport and tour management, and sometimes full production depending on what the acts want to do onstage. Oakley spent £10,000 building a stage set that looked like his bedroom.

“Just doing the tours isn’t making us huge sums of money, especially as a lot of the acts don’t want to go bigger than 1,000 capacity to begin with,” says Walker.

“Just doing the tours isn’t making Kilimanjaro huge sums of money. Often artists realise they can make a lot more money doing their YouTube channel and might not come back again.”

“Often they go out and do the tours and realise they can make a lot more money doing their YouTube channel and might not come back again. A band, however, will want to keep touring and building, so we can take them up into arenas and stadiums.”

To find other sources of income, Walker has started managing the talent himself. He now has eight acts on his roster who he’ll find book deals and brand partnerships for, and help get their music out there for those that want to go down that avenue. “That’s where the money is to be made,” he says.

For Matthews, YouTube is a vital platform for building the stadium headliners of the future. “In the next five years, we don’t know what’s going to happen to mainstream media, the BBC and ITV are shrinking and it’s companies like Google that are able to afford the best and most experienced creative people on their teams,” he explains.

“At the moment there is definitely a need for traditional music industry expertise to guide YouTube talent into making it into that top 10% of artists in the world.”