Wilbert Mutsaers, the new CEO of Mojo Concerts, shares his enthusiasm for live music and reminds us all how powerful its effects can be if we just let it happen! 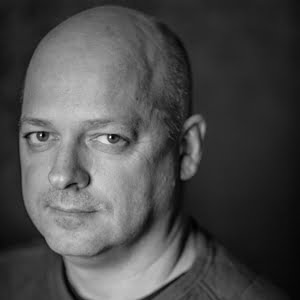 Enjoying live music seems to be of little importance these days, obscured as it is by fear of terrorism and many other important issues that the world is currently facing.

Actually, in my humble opinion, live music is still a major force.

Earlier this year, I attended Tame Impala’s first 2016 gig in Amsterdam. And what a night it was! Let it happen! Let it happen! Both the crowd and the critics were ecstatic. Over 5,000 people gathered and yet still it was a heavily underplayed show. I’m too young to think like a hippie, but I felt true togetherness, something we don’t get too much of in our everyday lives, I guess.

Live music has always been a force of its own. It didn’t happen only last night, but way back at the origins of live performance. And it will always be like that. There is a light that never goes out… (thank you, The Smiths.)

Personally, my obsession – some say it urgently needs to be cured – with live music, started off as a kid when my uncle took me to a Rolling Stones show in Rotterdam in 1982. It was surely going to be historical, billed as the last ever in the Netherlands (although, obviously not so). But it embodied one of the many charms of live music: a promise to experience something you will never forget.

“There are still a lot of people who haven’t been, or hardly ever go, to a concert. We have to listen very carefully and constantly to the ever-changing wishes, demands and expectations of music lovers”

Queen in Brussels, 1984; Simple Minds in Rotterdam, 1984; my first big festivals: Torhout-Werchter, 1985 (featuring the Ramones, REM, Depeche Mode, Style Council, Paul Young, Joe Cocker, U2); and Pinkpop, 1986 (with headliners Fine Young Cannibals, The Cult and The Cure.) Well, there’s no cure for me.

These events were defining landmarks in a small-town boy’s life. I’ve never skipped festivals like Pinkpop, Rock Werchter, North Sea Jazz and Lowlands ever since. Metaphorically speaking, live music became my design for life (thank you, Manic Street Preachers.) As it is for many people, living in all sorts of conditions, anywhere.

In January I was appointed CEO of Mojo Concerts, a Live Nation company. A true honour. Yes, my Universal years were great, my previous position as station manager at Radio 3FM even better, and now, finally, I’ve got my Mojo working. And we have work to do, with more challenges and opportunities than ever before in our expanding world.

There are still a lot of people who haven’t been, or hardly ever go, to a concert. Really a lot. We have to listen very carefully and constantly to the ever-changing wishes, demands and expectations of music lovers. Be aware of the significant differences in genres, lifestyles and the codes of going out, dressing up, meeting, eating & seating. Harder, better, faster, stronger… (thank you, Daft Punk and Kanye West.)

We need to facilitate and provide platforms for not only the big stars but also new talent and music to grow, to push the music world forward in general. Live music events have the power to be innovators and incubators in the fields of production, security matters, crowd control, venue smartness, sustainability etc, and also to crossover and connect with the film, art, fashion, architecture and design industries.

Economics rationalise our business but aren’t by definition the only predictors for future success and innovation. Take note when weird or wild bottom-up ideas pop-up.

“The media isn’t just for sales, marketing and promotion – they are what we are: dying for relevant content and crazy about music”

Ticketing, the people’s vote and legislation on reselling will dominate the headlines whether we like it or not. We should have a clear-cut, pro-active and transparent strategy on these matters.

Media use has been changing rapidly and is speeding up. Music shows are the perfect tool to connect with social media. It’s not just about proper Wi-Fi in venues or at festivals. Traditional media such as radio and TV are still perfect partners. As are Netflix, YouTube and all emerging on-demand video initiatives. Media aren’t just sales, marketing and promotion outlets, they are what we are: dying for relevant content and crazy about music.

Shift in communication from just selling to telling, caring and sharing. Really. Big stars, big shows, big data. I’d say that we should investigate ways to team up with streaming services such as Spotify, Apple Music and Deezer. How can we intensify our relationships with labels, publishers and management? What implications should demographics and flexi-working have on scheduling live music shows? Monday matinees?

To be artist- and audience-driven is an open door. Still, we should make it a gateway for the artists themselves as well as their teams, and even more for their potential audiences. Backstage, studio and on-the-road footage is of great value. More attention has to be paid to the specific lifecycles of artists and their careers. Not to mention to thinking more in-depth about boutique festivals, partnerships, showcase festivals, comedians, suburban culture… and did I mention music?

Music is live and life: Let it happen!