Tuomo Tolonen, pro audio group manager at Shure UK, explains why the live music industry could be under threat from the smartphones in our pockets 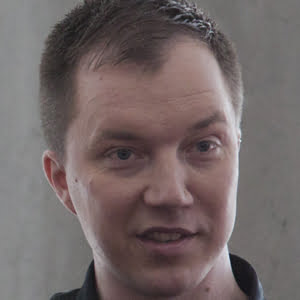 The UK is internationally renowned not only for producing some of the best musical artists in the world, but also for developing an unrivalled live music industry that supports this creative wellspring, together with the high quality venues and events needed to support our abundance of talent.

Not only is this big business within the UK – just look at the number of music festivals and live concerts that take place every year – it’s a serious draw for festival tourism as well. We’ve been in this game for decades and it shows: we’re not talking about bands of the stature of The Beatles playing in rundown Gaumont cinemas with just a couple of Vox amps any more. Live music is a serious matter in the UK these days. We have the knowledge, the techs and the kit to do it right, and our world-class track record and production values speak for themselves.

But this vibrant industry is under threat, and from a surprisingly innocuous source: our mobile phones. Over the past ten years, the UK government has been auctioning off ever greater parts of the RF (radio frequency) spectrum for use by mobile phones and wireless-enabled computers, to ensure that the mobile telecommunications industry can keep pace with the insatiable consumer demand for wireless access. If you’re wondering what this has to do with music, it’s simple – mobile phones have increasingly been given the same radio frequencies to work on as our wireless stage technology, including wireless microphones, in-ear monitors and backstage communications.

This vibrant industry is under threat, and from a surprisingly innocuous source: our mobile phones

And without access to uninterrupted, clear RF, these devices can’t work reliably on stage, night after night, as they need to if our live music industry is to maintain the high production values it is renowned for.

A couple of decades ago, this wasn’t a problem. Most stage technology in those days was cabled, with only a few key performers using wireless kit at most. The mobile phone industry was in its infancy and was using a completely different part of the RF spectrum to operate. But as live shows became more ambitious, production managers and set designers increasingly came to rely on the freedom that wireless mics and monitoring could offer performers, releasing them from the hindrance of being permanently cabled.

If you’ve ever seen a show where one of the performers played while suspended on a wire high above the audience, or where the lead singer crowd-surfed or mingled with their public while continuing to perform, those performances were only possible because of wireless stage technology. At the same time, mobile telecommunications moved beyond simple cell phones with the introduction of the smartphone and other wireless computers, and the ongoing and ever-rising consumer demand for fast RF-based internet access from handheld devices began in earnest. This made the rights and licences to use RF spectrum big business in a way they never were before. Not coincidentally, over the last decade we have seen large swathes of the RF spectrum in the UK auctioned to the mobile sector, making the interference-free use of wireless technology by the live music industry much more difficult and unpredictable.

If we’re not careful, some of the fantastic, high-quality events and live shows we’re known for in this country could be under threat

Manufacturers of wireless technology, such as the company I work for, Shure, have tried to keep pace with the changes, making devices compatible with the new frequencies and designing kit that can operate with more efficient use of RF, and in harsher environments. But yet another set of government spectrum auctions is currently underway, and once completed in 2020, our industry will have lost roughly 50% of the usable spectrum. This will make the operation of wireless microphones and IEMs at some large events impossible due to the lack of sufficient interference-free spectrum. Technological advances can make the best of reduced RF availability, but eventually, there will be a limit.

The UK government was prevailed upon to find alternative RF spectrum that could be used by the live, theatre and broadcast industries, but it remains to be seen whether this block is actually usable and offers a viable replacement for what has been lost.

What will happen next? If we’re not careful, some of the fantastic, high-quality events and live shows we’re known for in this country could be under threat. The changes aren’t yet set in stone, though, and industry pressure groups such as BEIRG are doing their best. Nobody wants to denigrate the mobile phone industry (who would want to be without their smartphone these days?) but more key industry players emphasising the important contribution professional wireless technology makes to the UK’s economy and cultural capital would help our industry’s standing no end.

If you feel you can lend your voice to the cause, please get in touch.