Friends & colleagues pay tribute to David Enthoven, the artist manager who passed away last night after a short illness 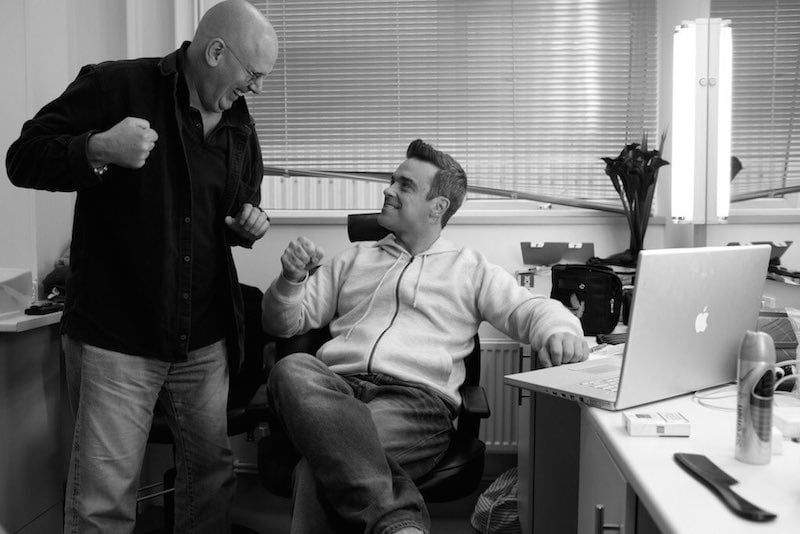 David Enthoven & Robbie Williams, posted by the artist on Twitter in May

Artist manager David Enthoven has passed away after a short illness, at the age of 72. Along with Tim Clark, his business partner at management company ie:music, Enthoven had managed Robbie Williams since 1996 when the singer departed Take That.

Paying tribute to his departed manager, Williams tweeted, “My Friend, Mentor and Hero passed away today. David Enthoven, I love you. RIP.”

Enthoven started in the business managing King Crimson in 1969 and also forged the careers of Bryan Ferry and Roxy Music. In the late 60s, he established the EG record label and management firm with John Gaydon. They broke King Crimson, and later signed T. Rex, Emerson, Lake & Palmer and Roxy Music.

Enthoven set up ie:music with Tim Clark in 1992, the pair guiding the careers of artists including Sia, Lily Allen, Ladyhawke, Bryan Ferry and Will Young, in addition to Williams.

“He was a giant man, freely sharing his huge experience with all the artistes he worked with over the years. A great big dollop of humour was always used…”

“This is such a tragic loss,” says William’s agent Ian Huffam at X-ray Touring. “Not just for those who worked in music, but to the many who benefited from David’s wisdom, wise words and decency in wider life.

“He was a giant man, freely sharing his huge experience with all the artistes he worked with over the years. A great big dollop of humour was always used as opposed to the usual heavy-handed behaviour – a lesson to us all. I will never forget David”

Speaking to British newspaper The Mirror, Clark said: “His tenacity in fighting for artists’ rights is the stuff of legend. He pricked the pompous, had a nickname for everyone but was so generous and kind too.

“What is much less well known is the unstinting help he gave to those who had taken a self-destructive path, for whatever reason. He has been utterly selfless in that respect.”

Following news of Enthoven’s death, a statement from the Music Manager’s Forum (MMF) said: “We are very sad that long time manager and MMF supporter David Enthoven has passed away today after a short illness.

“David will be remembered as a true friend, an exemplary colleague, a helpful mentor and a truly exceptional human being. Big hugs David. We will miss you.”

Enthoven and Clark were jointly awarded the ‘Most Strokeable Manager’ award at ILMC’s Arthur Awards in 2005, the same year that they were the subject of the Sunday morning Breakfast Meeting interview.