Four industry associations, 116 artists and 24 festivals and events have lent their support to #ResaleNO, which is calling for an end to ticket touting in Japan 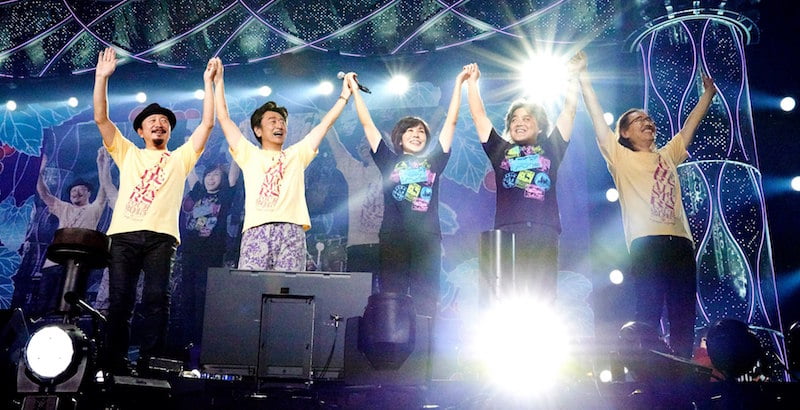 Japanese music industry associations, festivals and more than 100 of the country’s most popular performers have announced their support for #転売NO, a FanFair Alliance-style campaign aimed at ending ticket touting in Japan.

In a joint statement, the Japanese Federation of Music Producers (FMPJ), Japanese Association of Music Enterprises (JAME), All-Japan Concert and Live Entertainment Promoters’ Conference (ACPC) and Computer Ticketing Council say #転売NO (pronounced “tenbaiNO” and translated as “#ResaleNO”) say ordinary music fans are being robbed of the chance to see live music by the resale of concert tickets, and express their concerns over the “huge profits” being earned by many large-scale touts.

Its manifesto, taken out as an ad in Japanese newspapers, is signed by 116 artists, including one of Japan’s most popular male ‘idol’ boybands, Arashi – who IQ reported in April were deploying facial-recognition technology to prevent ticket touting on their current tour – and veteran rock group Southern All Stars (pictured), and 24 festivals and live events, including Fuji Rock, Metrock, Air Jam, Rising Sun Rock Festival and Sweet Love Shower.

The launch of #ResaleNO follows that last month of the similar FanFair initiative in the UK, which is backed by a number of British artists, managers, agents and concert promoters.

“If tickets become more expensive due to malicious resale, that profit is not being utilised for the creation of new content”

Hidenori Nakai, executive director of JAME, says: “Tickets should be available at their regular price. If they become expensive due to malicious resale, [the profit] is not at all utilised for the creation of new content.

“We are deeply concerned about such a situation, and want to continue our efforts towards the eradication [of touting].”

Ike Mitsunori, president of FMPJ, adds that the secondary ticket market as it stands risks hurting the “good relationship between artists and music fans”.

According to the 2015 International Ticketing Yearbook, the most established secondary ticketing outlets in Japan include TicketStreet, Ticket Ryutsu Center, TicketCamp and internet auction sites such as Rakuten Auction and Yahoo Auction.