Another virtual-reality music platform has entered the fray, aiming to "revitalise the music industry" backed by $2.5m in seed funding 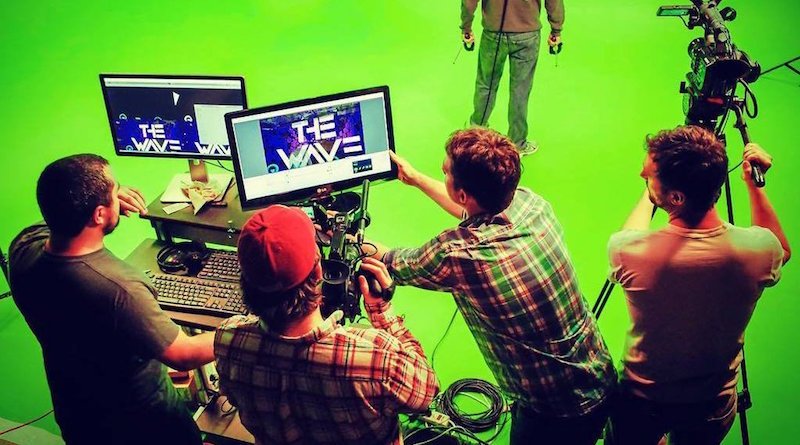 Shooting in VR in front of a green screen

TheWaveVR, a music-focused virtual reality (VR) platform, has secured US$2.5 million in seed funding before its launch later this year.

“Music creators will be able to fully customise how their audience experiences the music – whether that’s by transforming the venue from a realistic nightclub to outer space or putting on the most unimaginable light show ever. Fans won’t have to travel the globe or miss out on their favourite DJs, musicians or festivals and can experience the music like never before, while socialising in totally new ways alongside their friends.”

“Fans won’t have to travel the globe or miss out on their favourite DJs, musicians or festivals and can experience the music like never before”

It has also announced the hiring of visual artist David ‘Strangeloop’ Wexler, who has worked with The Rolling Stones, Flying Lotus and Skrillex, and Soundcloud co-founder Dave Haynes.

TheNextVR’s big debut will be at ‘the world’s first VR rave’ during the Virtual Reality LA expo in August. DJs will perform wearing the HTC Vive VR headset, with attendees wearing Gear VR headsets and SubPacs, the subwoofer vests used at Martin Garrix’s Concert for the Deaf.

In issue 64 of IQ Magazine, industry figures, including representatives from Exit Festival, Tomorrowland and Sziget, gave Richard Smirke their predictions on how VR technology will shape the live music sector in coming years.