The British festival staging specialist, whose handiwork can currently be seen in Biffy Clyro's VR 'hypercube', today celebrates 40 years since its founding 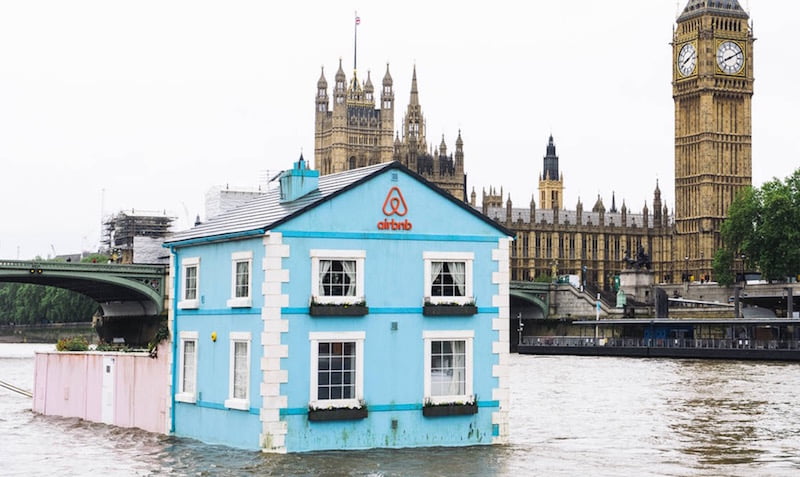 The Airbnb Floating House on the river Thames

Founded as touring sound supplier Star Hire by Roger Barrett and Maddy Sheals in 1976, the Bedfordshire-based company’s first contract was with singer-songwriter Carol Crimes. It later went on to supply audio equipment for Split Enz, Miles Davis and the Rock Against Racism tour of 1979.

Star Hire’s staging business made its debut at the 1983 Notting Hill Carnival after Barrett and Sheals, the latter of whom retired in 2014, determined they could do better than the platforms then available to them as a PA supplier.

Other highlights from Star’s four-decade career in live entertainment include supplying its VerTech stage system for The Stones Roses’ legendary show on Spike Island in 1990 and Live 8 in Hyde Park in 2005, providing over 1,000 tons of equipment for Pope Benedict’s visit to the UK in 2010 and designing and building the Park Live venue for the 2012 London Olympic games.

Recent projects include Airbnb’s Floating House on the Thames, and the Samsung Hypercube – as used by Biffy Clyro for their groundbreaking virtual-reality show at Reading this weekend – currently touring UK festivals.

The company opened an office in China in 2007, later acquired the Orbit Flexidome brand and was in June 2014 itself acquired by the French Altrad Group.

“It feels brilliant to still be as motivated and up-for-it as I was 40 years ago, while our ever growing team continues to make us the first choice for so many small, medium and large festivals and other events,” says Barrett. “A huge thank you to everyone who has played a part. Here’s to the next 40.”