The number of extreme nationalist events is up over 55% on the first half of 2015, as one politician warns against creating a "safe haven" for neo-Nazis 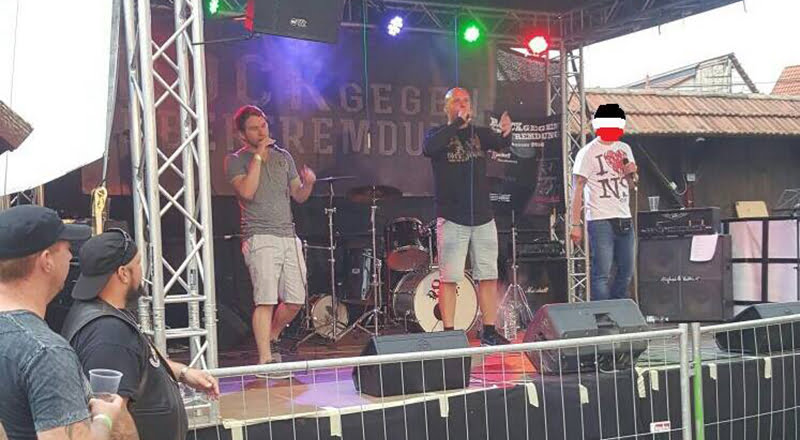 Underground neo-Nazi live music events are on the rise in Germany, according to the country’s interior ministry, with 98 concerts by right-wing extremists having taken place in the first six months of this year – an increase of over 55% on the first half of 2015.

Responding to a request from The Left party, the Federal Ministry of the Interior (Bundesministerium des Innern, BMI) revealed there were at least 40 far-right concerts and 49 smaller liederabende (recitals), which usually feature a singer-songwriter with a guitar, from January to June 2016, compared to 63 in the same period last year.

“After years of decline in the far-right scene, it now seems to be an increase again,” Andreas Bühl, a member of the Thuringian parliament, tells Die Welt. Bühl criticises what he sees as a “safe haven” for neo-Nazis in the central German state of Thuringia, where on Saturday around 1,000 people attended the anti-migrant Rock gegen Überfremdung festival – roughly ‘Rock Against Foreign Infiltration’ – which saw far-right bands including Frontfeuer und Uwocaust and representatives of neo-Nazi parties NPD and the Third Way descend on the tiny village of Kirchheim.

“After years of decline in the far-right scene, it now seems to be an increase again”

“There is a risk that Thuringia will become a safe haven for all types of extremists, since they must feel less exposed to persecution here,” he tells the paper.

In 2015 the German security agency, the Federal Office for the Protection of the Constitution (Bundesamt für Verfassungsschutz, BfV), warned the number of right-wing extremist music events were approaching a high not seen since 2012, and it looks as if the total will be even higher this year. BfV says such concerts serve as a “means of self-expression” for neo-Nazis and offer a “feeling of belonging” for younger members of the subculture.

According to Die Welt, Rock Against Foreign Infiltration will probably be the last major far-right event of this year’s festival season. Police were on the doors looking for “swastikas, [neo-Nazi] CDs and weapons”, although “the visitors know the procedure. Hardly anyone will be caught.”