RCO to tour entire EU with message of unity 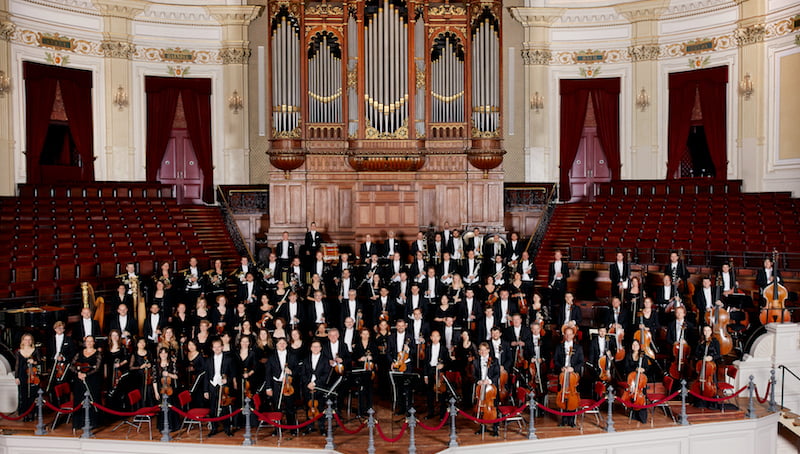 RCO at the Royal Concertgebouw in Amsterdam

The Royal Concertgebouw Orchestra (RCO) will this weekend embark on a tour of every European Union member state – Britain included – as the 28-country union faces a period of unprecedented turmoil following the UK’s vote to leave in June.

RCO Meets Europe, will, “in spirit and in practice, serve to highlight the fundamental ideas and ideals that can hold Europe together”, says the Amsterdam-based orchestra, with its celebration of polyphony, described by RSO managing director Jan Raes as a metaphor for Europe’s “unique mosaic of cultures, both ancient and modern”.

The tour kicks off at the National Concert Hall in Dublin (900-cap.) this Saturday (27 August) and will conclude in Sweden in December 2018, coinciding with the centenary of the end of the first world war, after RCO having played with local youth orchestras in every EU country.

RCO itself, widely regarded as one of the world’s finest orchestras, counts among its ranks 120 musicians from over 25 countries: “a vibrant reflection of cultural diversity and a product of Europe’s borderless networks”.

“If history and crises have sometimes fractured Europe’s self-image, our common culture and heritage can provide a counterweight”

“If history and crises have sometimes fractured Europe’s self-image, our common culture and heritage can provide a counterweight,” comments Raes. “Music can help people to share thoughts, ideas and feelings; the concert as an experience brings and binds people together.

“Orchestral music in particular symbolises the idea of ‘equality through diversity’ – the true sense of polyphony. In the face of political and economic challenges, now more than ever, we need to celebrate this uniquely European invention, which allows us to express a single idea through many voices so that we can discover the endless possibilities open to us to continue our journey into the future.”

Britain became the first member country to vote to leave the EU on 23 June, with a falling pound, uncertainty about the UK’s role in pan-European music associations and the fears about the possible reintroduction of carnets and border checks among the chief concerns.