As Hard Summer ends in tragedy for the second year running, we ask if police-backed drug testing – recently trialled at SGP and Kendal Calling – could be the way forward 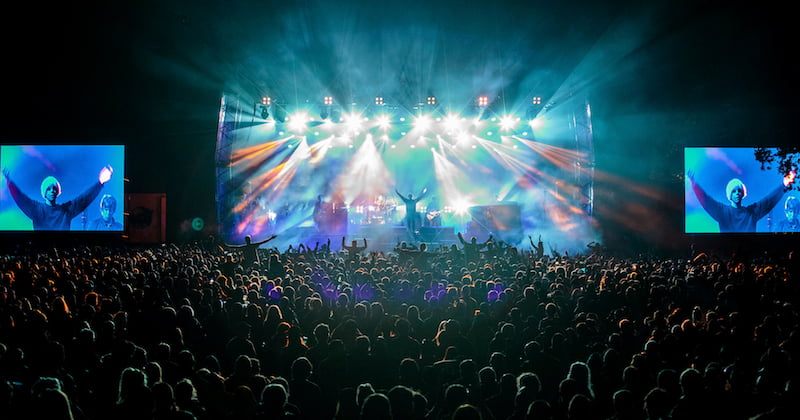 The Charlatans perform at Kendal Calling 2016, one of two UK festivals to introduce pill testing

The issue of drug deaths at dance music festivals was thrust once again into the spotlight this week following a spate of misfortunes for the Hard Summer event in California.

First, relatives of a 19-year-old woman, Katie Dix, who died after taking designer drugs (‘bath salts’) sold as ecstasy at the 2015 festival – one of two fatalities, along with 18-year-old Tracy Nguyen, who died from MDMA “intoxication” – announced they are suing promoter Live Nation for “turning a blind eye to the known risks” of drugs “in order to capitalise on teenagers and young adults who believed they were attending a safe party environment.”

Then news broke that three young people (Derek Lee, 22, Alyssa Dominguez, 21, and Roxanne Ngo, 22) had died at Hard Summer 2016 last weekend, held in the city of Fontana for the first time after being forced out of Los Angeles following the deaths of Dix and Nguyen. Although Hard published a long list of safety precautions prior to the event – and, it should be noted, the causes of death are still undetermined – the fatalities are likely to spark further discussion about what more can be done by festival promoters to keep patrons safe at their events.

While banning drugs at EDM events is a good first step, it’s fast becoming clear that a more radical approach beyond prohibition is needed if the industry is to tackle its growing drug problem

Representatives of a number of major electronic dance music (EDM) festivals, as well as a spokeswoman for Amsterdam Dance Event, were keen to highlight to IQ their events’ zero-tolerance drug policies. However, while banning drugs at such events is a good first step, with close to 30 deaths at EDM festivals since May 2015 others believe that a more radical approach beyond simple prohibition is needed if the industry is to effectively tackle its growing drug problem.

At the Ibiza International Music Summit (IMS) in May, ‘The Future of Our Industry’ panel discussed just that, and the delegates’ consensus was that promoters should work with governments to focus on harm reduction in addition to enforcing drug laws. CAA agent Maria May criticised what she sees as a “double standard” towards drugs in EDM, which she acknowledges are “part of our culture”, and said she’d like to see an “industry standard for things like crowd control, free water and cool-down areas. I’d like to know that if I’m going to a club there are some measures in place for if people get into trouble.”

Tommy Vaudecrane, production director of the Paris Techno Parade festival, blasted France’s “terrible drug policy” and called for a “more mature approach” to preventing drug deaths, including facilitating the testing of drugs to ensure they don’t contain any potentially fatal adulterants. “We don’t have any testing at events,” he explained, [and] you have to be careful in what you say, because if you give information about a specific drug you can be [prosecuted] for inciting people to take it.”

Front-of-house drug, or pill, testing is already in force at events in the Netherlands, Austria and Spain, explains Jon Drape, managing director of Ground Control Productions, whose clients include the Parklife Weekender, Kendal Calling, Live from Jodrell Bank, Lollibop, Festival №6, The Warehouse Project and Snowbombing, and is a “no-brainer” for dance music events serious about minimising the risk of drug-related deaths, he tells IQ.

“Unfortunately, I’ve had to deal with the aftermath and effect of having a drugs fatality” – there were two deaths from PMA-laced ecstasy in 2015 at The Warehouse Project – “and all you want to do is make sure it never happens again,” he says. “I’m sure everyone in the industry will be looking at it [pill testing].”

Kendal Calling, which took place last weekend, was one of two festivals to introduce pill testing this year, following a similar trial a week earlier at Cambridgeshire’s Secret Garden Party (SGP). Both festivals, with the full cooperation of local police forces and public health authorities, partnered with drugs charity The Loop to allow festivalgoers to test drugs at the gate to establish their content.

“We’ve been working for six or seven years with [The Loop co-director] Professor [Fiona] Measham, who has been researching the use of illegal drugs for three decades,” Drape continues. “We started by interviewing festivalgoers about what they consumed, and also did some testing of urine samples to see what drugs they had consumed. It gave us an interesting picture about what festivalgoers were up to, but didn’t give us any way to reduce risk.”

Drape says around 25% of those who tested their drugs at both Kendal Calling and Secret Garden Party opted to bin them after discovering their content. There were 80 “substances of concern” discovered at SGP, including extremely high-strength ecstasy, ‘ketamine’ that was actually an antimalarial and ammonium sulphate – used as a soil fertiliser and insecticide – sold as MDMA.

“Drugs will get onto the site, so it’s our responsibility to make sure people remain safe”

“Drugs will get onto the site, so it’s our responsibility to make sure people remain safe,” says Drape, who adds he’d like to see a similar system introduced at dance music-focused Parklife.

Prof Measham says its Multi Agency Safety Testing (MAST) can “help people make informed choices, raising awareness of dangerous substances in circulation and reducing the chance of drug-related problems occurring” and describes it as “an important innovation that we know can reduce risks and potentially save lives.”

She adds that “other countries in Europe have had testing services like this at events for years; the UK is just catching up, and we are pleased to be part of that evolutionary process”.

While pill testing is, as Prof Measham says, well established in much of Europe and gaining ground in Britain, groups pushing for similar schemes in other major touring and festival markets – notably North America and Australasia – have run into stiff opposition.

“Other countries in Europe have had testing services like this at events for years. The UK is just catching up, and we are pleased to be part of that evolutionary process”

Melissa ‘Missi’ Wooldridge, the director of Denver-based charity DanceSafe, estimates that her organisation tests drugs at fewer than ten US festivals each year (with Backwoods in Oklahoma one of the notable exceptions), and Insomniac CEO Pasquale Rotellas said in his Reddit AMA that it is unlikely to change any time soon: “Unfortunately some people view partnering with DanceSafe as endorsing drug use rather than keeping people safe, and that can prevent producers from getting locations and organising events.

In Australia, meanwhile, the Australian Drug Law Reform Foundation is risking prosecution by pushing ahead with plans to introduce pill testing at a number of upcoming Sydney festivals, despite the New South Welsh government declaring the project to be illegal.

In addition to its testing advocacy, DanceSafe is currently lobbying for the scrapping of the US Illicit Drug Anti-Proliferation Act (formerly the Reducing Americans’ Vulnerability to Ecstasy, or RAVE, Act), which it says dissuades many event promoters from providing “basic safety measures (ie free water, cool-down space, drug education materials, even the presence of DanceSafe!)” for fear that their presence “prove[s] that they know drug use is present, and make them vulnerable to prosecution”.

Speaking at IMS, Mark Lawrence, CEO of the Association for Electronic Music (AFEM), says a priority for his organisation is to “lobby for change in the legal and political environment for promoters to raise the level of harm reduction they can publicly achieve”. “For the first time in the two years I’ve been at the association, everybody has realised that poor standards of harm reduction and lack of ability for promoters to be open about drug testing or education impacts the entire industry,” he commented.

“I think we need to show drug use exists, and it’s a problem, but that it’s not linked to music or culture – it’s linked to government policy”

There is, of course, no silver bullet – pill testing included – to stop drug deaths at live music events: a significant minority of festivalgoers, especially those at EDM events, are always going to take drugs, and everyone reacts differently to their effects. But pushing for positive change at a governmental level and fostering a culture of openness between promoters, patrons and police and local authorities, as exemplified at Kendal Calling and SGP, is a start.

“I think we need to show [drug use] exists, and it’s a problem, but that it’s not linked to music or culture – it’s linked to government policy,” said Vaudecrane.

“We need to work with organisations to set up a global electronic music policy that includes harm reduction, by saying, ‘Yes, we have drugs, here’s how you take them if you’re going to take them’, and warning people: ‘This is a bad product, don’t take it.'”