The festival director of the 23rd Istanbul Jazz Festival, which coincided with a coup attempt, has thanked fans and artists for their efforts under "unusual conditions" 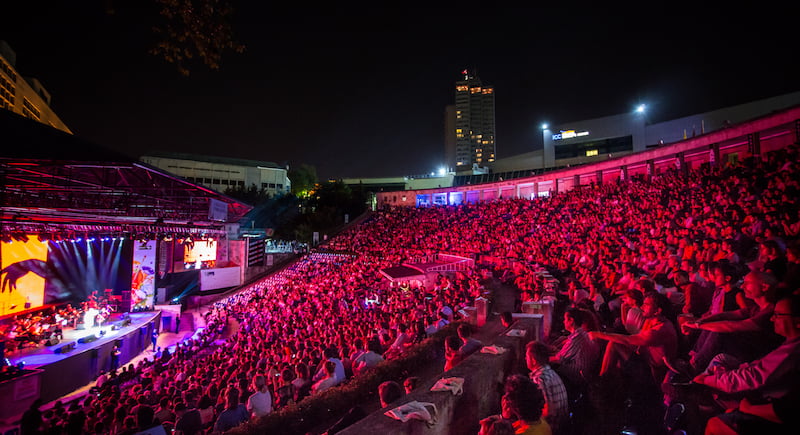 Pelin Opcin, festival director of the Istanbul Jazz Festival, has paid tribute to festival organisers, audiences and performers following the conclusion of its 23rd edition, which wrapped up last Monday.

The festival, promoted by the Istanbul Foundation for Culture and Arts (IKSV), ran from 27 June to 25 July and coincided with a period of political unrest that culminated with an attempted coup d’état on 15 July. Although it lost a number of acts, including Laura Mvula and Vintage Trouble, the festival escaped the fate of Pozitif’s One Love, which was called off altogether.

“We realised the festival under unusual conditions this year,” says Opcin. “Every note that could be played, every footprint that remained from the listeners who filled in our concerts, were our main sources of motivation and courage.”

He adds, in an apparent reference to the acts who did pull out: “Our heartfelt thanks goes to our distinguished audiences and the contributing artists who prioritised meeting with their listeners in Istanbul over anything else.”

Joss Stone, the Unknown Mortal Orchestra, Nile Rodgers/Chic and Damon Albarn and the Syrian National Orchestra for Arabic Music were among those who made the trek to Istanbul for the four-week event.

Festivals like Istanbul Jazz Fest are vital for the future of democracy in Turkey, says Opcin, who confirms it will return for a 24th year next summer. “We are currently living through a time when we need to feel the unifying, healing power of culture and arts the most,” he comments. “As a cultural institution that has continuously worked for the advancement of culture and arts in Turkey since 1973, we have always taken side with democracy and against military coups. We believe, as one of the most powerful tools in fostering a culture of peace and dialogue, music should never be silenced; on the contrary, it should now be louder than ever.”

IQ spoke to a cross-section of Turkish promoters following the events of 15 July and found that, despite a spate of temporary cancellations, the live industry remains largely optimistic for the future.

Cem Yegül, Pozitif’s CEO and president, echoed Opcin’s sentiments on the importance of live music, calling it “an important element of resistance against instability in troubled times. People do not want the music and the art and, most importantly, the sense of community they provide to come to a stop.”