Events, which uses an algorithm to recommend user-created clips from gigs and sporting events, is similar to Snapchat's Live Nation- and AEG-backed Live Stories 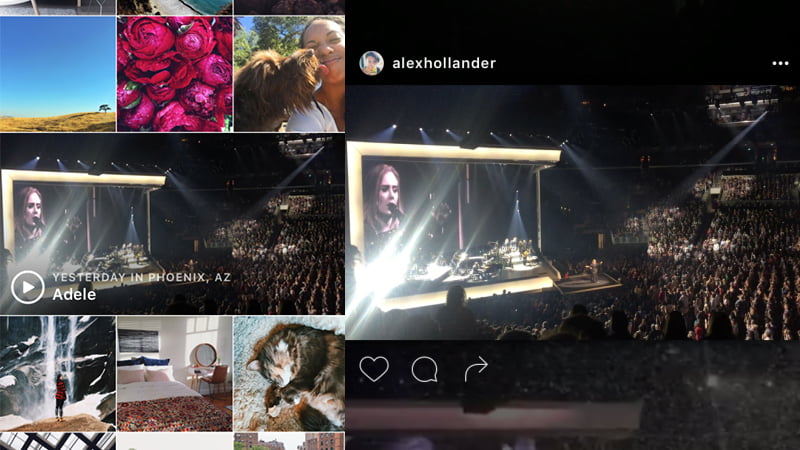 Instagram is taking the fight to chief rival Snapchat with the launch of a new ‘Events’ channel, which collects user-created photos and video clips captured from live events – including “concerts, sporting events and more” – tailored towards individual app users.

The new functionality is similar to Snapchat’s ‘Live Stories’ feature, which has won the support of AEG Live and Live Nation, both of which have signed agreements to promote their festivals via the popular video-sharing service.

Events – currently available only in the US – uses an algorithm to curate media from live events based on users’ preferences and habits, “so you can feel like you’re in the front row”, says the launch blurb.

It’s likely the similarity to Snapchat’s Live Stories isn’t purely coincidental: Earlier this month Instagram CEO Kevin Systro, demonstrating the app’s new ‘Stories’ feature for TechCrunch, said Snapchat “deserve[s] all the credit” for its genesis. Stories let users create a collection of photos and videos which disappear after being live for 24 hours.

According to AdWeek, Instagram has 400 million active users; Snapchat is believed to have around 150m.