Band to play live in Australia after 23-year break 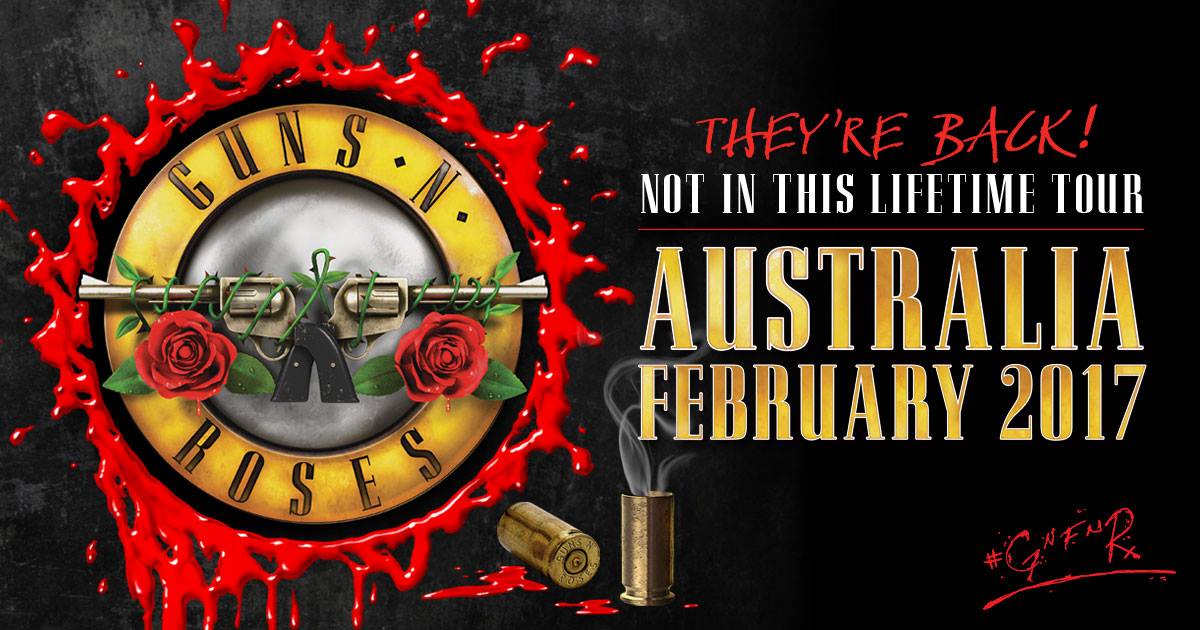 Guns N’ Roses are touring Australia in February 2017 for the first time since 1993.

The band will bring their Not In This Lifetime tour, promoted by Live Nation, to Australia from 7 February, playing five dates.

It’s the first time they’ve played live in the country since 1993’s Use Your Illusion tour.

Not In This Lifetime brings Axl Rose, Slash and Duff McKagan together onstage for the first time in more than 20 years.

The first Australia date is at the QSAC Stadium in Brisbane, followed by the ANZ Stadium in Sydney on 10 February.

The Cricket Grounds in Melbourne is the band’s next stop on 14 February, then Adelaide Oval on the 18th, ending at Domain Stadium in Perth on the 21st.

Ticket pre-sale for the Australian dates starts on 19 August. General sale will follow on 26 August.