GoT live concerts: “unlike anything seen before” 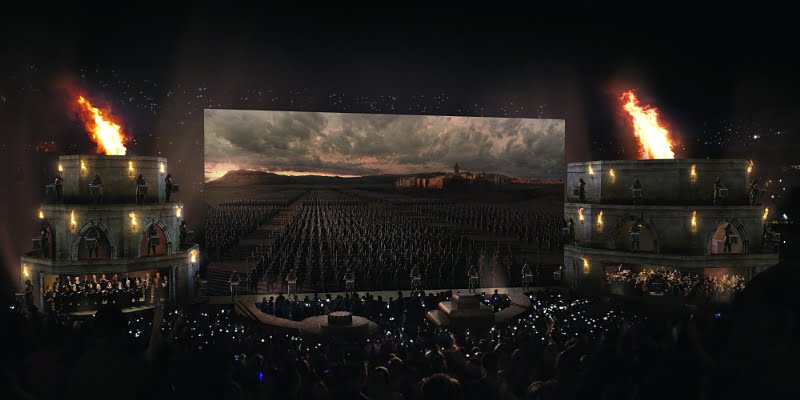 The world of Westeros is coming to North American music venues with the Game of Thrones Live Concert Experience, announced yesterday by promoter Live Nation.

A joint venture between Live Nation (LN) and HBO Global Licensing, the concert series, conducted by Games of Thrones composer Ramin Djawadi, will use music and video to recreate various environments from the hit television series, as well as showcasing footage from the show.

Djawadi will be backed by a choir and full orchestra, taking fans, says LN, “on a musical journey through the realm, from King’s Landing to Winterfell, along the northern stretches of the Kingsroad to The Wall and across the Narrow Sea to Braavos, Meereen and beyond”.

“Live Nation is honoured to be partners with HBO and Ramin Djawadi in bringing fans of the hit series a spectacular live experience centred around the music of Game of Thrones and performed using cutting-edge technology to create a show unlike anything seen before,” says Omar Al-Joulani, senior vice-president of North American touring at Live Nation.

“For the past six seasons of Game of Thrones, I have been tremendously inspired to compose music to David Benioff’s and DB Weiss’s extraordinary adaption of George RR Martin’s epic A Song of Fire and Ice series,” says Ramin Djawadi. “Now, by combining the music with state-of-the-art technology, we are going to bring the astonishing world of Westeros to fans in a live and unique concert experience.”

The tour will kick off 15 February 2017 in Kansas City and include stops in Madison Square Garden in New York and the Los Angeles Forum. A full list of dates is available on the Live Nation website.

The Emmy- and Golden Globe Award-winning Game of Thrones has broken records for viewing figures worldwide, with an audience for the sixth series of over 25 million in the US, 5m in the UK and 1.2m in Australia.