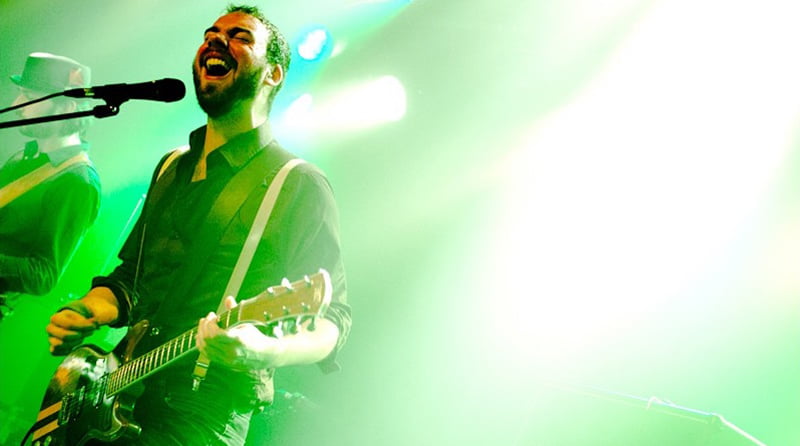 Reeperbahn Festival has announced its partner country for 2016.

Partnering with the Dutch embassy in Germany, Eurosonic Noorderslag, the Performing Arts Fund, Buma Cultuur, Creative Holland and the Dutch Ministry of Foreign Affairs, the Hamburg showcase festival and conference will this year focus on the Netherlands to offer delegates “the opportunity to meet the most important representatives of the Dutch music business at panels, a Dutch Impact matchmaking session and the Dutch Impact dinner”.

In addition, Dutch acts such as De Staat, Blaudzun, Bombay, Afterpartees and Rats on Rafts will “show why at present Europe’s flattest country is seeking fertile soil for internationally competitive music”.

Santigold, R&B singer Mabel (McVey, the daughter of Neneh Cherry) and US singer-songwriter Margaret Glaspy have been added to the Iceland Airwaves 2016 line-up.

They will join headliner PJ Harvey, Of Monsters and Men, Kevin Morby, Kano and over 200 Icelandic acts in Reykjavik from 2 to 6 November.

The festival will also play host to a concert by Icelandic label/collective Bedroom Community, which celebrates the 10th anniversary of its founding this year. Label chiefs Ben Frost, Nico Muhly and Valgeir Sigurðsson and their entire roster will join the Iceland Symphony Orchestra on stage at the Harpa concert hall on the 3rd. (Santigold photo by whittlz on Flickr.)

Korean Wave, or Hallyu, event Busan One Asia Festival (BOF), has announced that K-pop superstars CNBlue, Apink, Girl’s Day, B1A4 and BAP will be the first artists to take to the stage at the three-week event this October.

Held from 1 to 23 October in Busan (Pusan), and hosted by Busan city government, the festival combines K-pop concerts, fan meetings and exhibitions for fans of the genre worldwide (which, if a recent report by MyMusicTaste is any indication, are growing exponentially).

“Busan, a hub for Asian cultural exchanges and Hallyu, is committed to creating new cultural content for Hallyu fans around the world, growing them as the city’s major Hallyu tourism products,” says Busan mayor Seo Byung-soo. (Apink photo by Nameless users on Flickr.)

Meatstock, an Australian ‘music and meat’ festival that combines barbecues with bands, is set to expand into New Zealand.

The New Zealand festival, which spins off from an event that sold over 10,000 tickets when it debuted in Sydney earlier this year, will be held at the ASB Showgrounds in Auckland on 25 and 26 February 2017.

No line-up has yet been announced for the Auckland festival, but The Beards, The Snowdroppers, Henry Wagons and Mustered Courage headlined the Sydney event in February.

“We can’t wait to spread our barbecue wings over the pond to New Zealand,” says Meatstock co-director Simon Luke. “New Zealand is well known for its amazing food and wine, but we think low-and-slow barbecue is something very new and exciting that Kiwis will love.” (Photo: Sahara Beck at Meatstock 2016 by Ashley Mar.)

Reading Festival has sold out.

The Festival Republic event, headlined by Foals and Disclosure, Red Hot Chili Peppers and Fall Out Boy and Biffy Clyro, takes place from 26 to 28 August in the English town of the same name. There are a “limited number” of tickets still available for the sister Leeds Festival. (Foals photo by Lee Gwyn.)

And The Libertines, who who reformed in 2014 and played headline slots at BST Hyde Park that year and T in the Park and Reading and Leeds the next, have announced a third festival date for 2016: Way Out West.

The appearance at Live Nation’s Gothenburg event comes on the heels of a UK arena tour and precedes appearances at Rock am See in Germany and Bue Festival in Buenos Aires.

Frontman Pete Doherty will be among the first acts to play the Bataclan when it reopens this November. (The Libertines photo by Toni Rosado/scannerFM.)