Festival Focus: Life is Beautiful, Off the Record 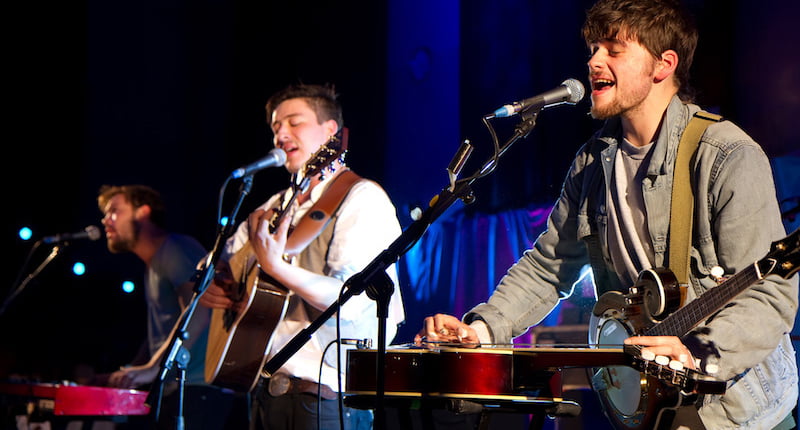 Mumford & Sons, who will headline Life is Beautiful on Friday 23 September

Las Vegas street festival Life is Beautiful has released details of its daily music line-up ahead of day tickets going on sale tomorrow.

The festival, promoted by Another Planet Entertainment and Las Vegas-based Life is Beautiful LLC, takes place from 23 to 25 September across 18 Las Vegas city blocks and will this year feature performances from Mumford & Sons, J. Cole, Major Lazer, The Lumineers, G-Eazy, The Shins, Flume, Empire of the Sun, Jane’s Addiction, Bassnectar and more.

Life is Beautiful launched in October 2013 and bills itself as an “annual celebration where people from all walks of life – generations, orientation, race, religion and nationality – come together and create an experience centred in music, art, taste and ideas”. In addition to live music, it includes art installations, gourmet food stalls and seminars from “thinkers, doers and talkers” from the worlds of entertainment, business and science. (Major Lazer photo by Jared Eberhardt.)

The teams behind three independent UK festivals, From the Fields’ Kendal Calling and Bluedot and Liverpool Sound City Ltd’s Sound City, have partnered with music magazine Louder than War for a new multi-venue festival for emerging music.

Off the Record, taking place in the Northern Quarter, Manchester, on 4 November, will feature a line-up chosen by 30 ‘national curators’ (including Guy Garvey, Lara Baker, Huw Stephens, John Kennedy and Tim Burgess) and also include a conference segment with delegates from the agency, promotion and label/publishing A&R.

Dave Pichilingi, Sound City CEO, says: “We’ll be keeping the line-up top secret until the morning of the event because we know that you trust us and we trust you to be interested in the future,” adding that festival will be a celebration of the new, and not the comfy cushion of the old”.

This week’s Boardmasters festival in Cornwall will be the venue for the debut of the “UK’s first immersive music video”.

Created by Biffy Clyro and Samsung using virtual reality (VR) technology, the installation will allow viewers wearing Samsung Gear VR headsets to appear alongside Biffy Clyro in their video for ‘Flammable’, which sees the band playing in a perspex box suspended above an abandoned warehouse.

The ‘Hypercube’ will also appear at Glasgow Summer Sessions and Bestival.

Ross Cairns, creative director at Samsung, says: “This project was born out of a desire to bring the best parts of live music to an audience so people can feel closer to the band than ever before. Biffy were the perfect partners for this.

“From inception we focused on marrying music and technology to appear effortlessly synchronised. We’re delighted to bring the wonders of virtual reality to a generation of music fans in this way and demonstrate how we are empowering people to use technology in a way that allow them to experience the extraordinary.” (Biffy Clyro photo by Kmeron.)

Close to 1,200 people have signed a petition addressed to ‘music festival organisers’ calling for the minimum age for UK festivalgoers to be raised to 21.

The petition was created by Chris Bell, the father of 17-year-old Megan Bell, one of two people who died at this year’s T in the Park.

“I strongly believe that an adult would not experiment [with drugs and alcohol] or adhere to peer pressure like a child would,” writes Bell. “Children as young as 14–55 are attending these events unsupervised [and] parents are not aware of what they are up to while they are [there]. Please help me in changing all of this.”

Another 10 names have been added to the 10th-anniversary edition of Welsh metal festival Hard Rock Hell.