In this week's round-up: Two major announcements from Oz, sell-out Boardmasters surfs into 2017, Together the People playlist, the UK public prefers Abba to The Beatles 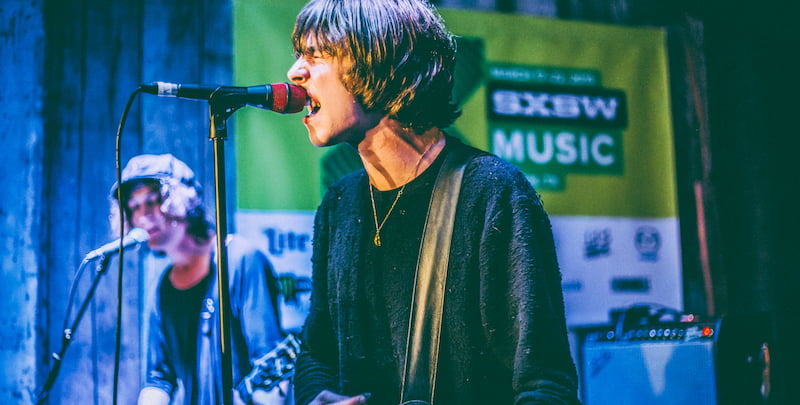 Catfish and the Bottlemen, newly confirmed for Falls Festival, at SXSW 2015

Just as the season starts to draw to a close in the northern hemisphere (and IQ wonders whether it might be time to retire Festival Focus for the year), our cousins in Australia have gone and surprised us with not one, but two, major announcements as they gear up for their own summer of festivals.

Its first full line-up announcement, released yesterday, includes a mix of homegrown and international festival regulars, among them The Avalanches, Catfish and the Bottlemen, Jamie T, Grandmaster Flash, The Jezabels, London Grammar, Broods, The DMA’s, Alison Wonderland and Grouplove.

The 28th Bluesfest, promoted by Peter Noble, will be held from 13 to 17 April on the Tyagarah Tea Tree Farm in Byron Bay, New South Wales.

“It must be hard to believe – but it is very true – that months, and in a few cases years, of work have gone into this artist announcement,” says Noble. “It has taken over three years to get the very in-demand Patti Smith confirmed, a similar time also for Billy Bragg.”

With just over a week to go until the debut of new British festival Together the People, promoter One Inch Badge has released a Spotify playlist highlighting some of the acts who’ll be playing, including UK exclusive Brian Wilson performing Pet Sounds in full.

Other names on the bill for the Brighton event, which will take place in the 5,000-capacity Preston Park on 3 and 4 September, include Suede, The Horrors, Peter Hook & The Light (performing the hits of Joy Division and New Order), Nathaniel Rateliff & The Night Sweats and Songhoy Blues. (Brian Wilson photo by feiticeirA.)

Listen to the playlist below:

Vision Nine’s music/water sports festival Boardmasters has announced its dates for 2017 following a sell-out 2016 event that attracted 150,000 people to the seaside town of Newquay in Cornwall.

In addition to surfing and waterskiing competitions and music from Chase & Status, Deadmau5 and James Bay, Boardmasters 2016 featured for the first time a ‘wellbeing area’ offering massages, facials, reiki and yoga and a silent disco on the Land of Saints stage.

Next year’s festival will take place from 9 to 13 August.

GMF 2016 is set for next weekend at the UK overseas territory’s 5,000-capacity Victoria Stadium. Ne-Yo, Stereophonics, Travis, Jess Glynne and Bryan Ferry will headline. (The Fratellis photo by Radio 1 Interactive.)

And in news that will never happen – partly because some bands involved hate each other, but mainly because many of them are dead – the British public has chosen its dream festival line-up in a survey conducted by Barclaycard.

So, Abba headlining, The Beatles warming up for Bob Marley and Bowie presumably just about scraping onto the main stage. Got it. (Abba photo by Fernando Pereira/Anefo.)