Wish you were here?

Forget glamping: Here are ten of the most opulent VIP festival experiences from around the world 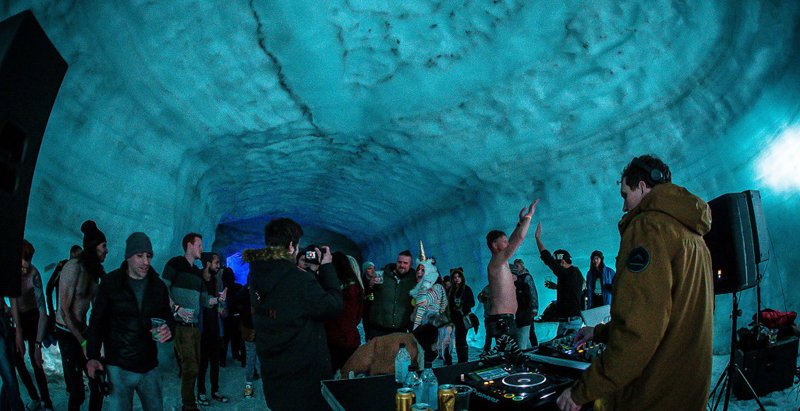 The Into the Glacier venue at Secret Solstice 2016

Forty years ago, if you’d showed up to a music festival, the coat you were wearing would also have served as your sleeping bag. And your tent.

But times change and the festival experience has had to change too. Forget about glamping – Eamonn Forde takes a tongue-in-cheek look at ten of the most eye-popping VIP package choices on the market…

Name: Secret Solstice
Location: Iceland
Price: US$1 million (€882,000) for six people
Headliners Radiohead may have pioneered the pay-what-you-want model, but the price here is non-negotiable. For that wallet-trembling price you get all manner of things – starting with “business jet transport from anywhere on Earth” (return, luckily) on a Gulfstream G300 “or similar”, two private concerts, and access to ultra-VIP areas, if mixing with the hoi polloi is too much to bear. There’s also access to shows in a glacier (a glacier!) and a volcano (a volcano!) and helicopter trips. You do get a lot for your money and if you’ve ever tried to buy a round of drinks in Reykjavik, suddenly $1m doesn’t seem that expensive.

Name: Desert Trip
Location: Indio, California, US
Price: $10,000 (€8,820) for two people
The line-up is not what you’d call underwhelming (the Rolling Stones, Dylan, The Who, Paul McCartney, Neil Young and Roger Waters), so at a once-in-a-lifetime festival, you can’t be expected to rough it. For your ten grand, you get to sleep in an exclusive area in a Shikar tent that has actual beds and, incredibly, air conditioning. While waiting for the artists to get out of their bath chairs, you can go to cocktail and craft beer tasting sessions and then slump, content, into outdoor chairs to listen to the songs that defined the counterculture, aimed as they were at the freaks and misfits who railed against pernicious mainstream cooption. Oh…

Read the rest of this feature in issue 66 of IQ