Following his release from an Egyptian jail, controversial promoter Nader Sadek weaves a tale of jealousy, intrigue and conspiracy from the country's nascent metal scene 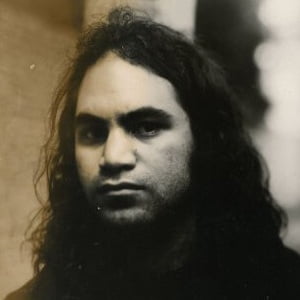 Egyptian-American artist and musician Nader Sadek first came to IQ’s attention in February, when a metal show he promoted in Cairo, by American band Inquisition and Dubai-based Perversion, was accused by the Egyptian musicians’ union, the Musicians Syndicate, as being part of an “international devil-worshipping network”. Syndicate head Hany Shaker, himself a popular musician, attempted to have the concert shut down, claiming falsely Sadek had put on the show without the union’s permission, but authorities arrived after both bands had already departed.

Shaker and his allies were more successful in June, forcing the cancellation of a show by Sepultura and landing Sadek in a Cairo jail for his part in organising an event Shaker says was attended by “devil worshippers dressed in a very weird style” with “make-up in the shape of the Star of David”.

IQ contacted Sadek shortly after the ill-fated Sepultura show but he was, understandably, reluctant to talk so soon after his release from prison. However, following a slot with his band at Indian festival G-Shock Bangalore Open Air in July, Sadek – primarily a visual artist, whose works include sculpture and drawing in addition to music – is candid about his conflict with the Musicians’ Syndicate, his time in jail, the metal scene in Egypt and more…

Nobody expects Inquisition
When I started doing my shows back in April 2015, a group of guys – “musicians” – got very jealous because my shows were big, bringing established and foreign musicians to the country. Nothing like this had ever happened before, at least not in extreme metal and not in that capacity either. This is something they have been trying and failing to do for years, because they simply don’t have the resources I do.

I worked hard to make contacts globally, and right from my first major show I was able to draw hundreds of people, who all had a great time and spread the word. Later, I brought Aborted and Alkaloid, from Belgium and Germany respectively, which again drew a huge crowd.

My third show was Inquisition – a band whose early releases have ‘controversial’ lyrics and imagery, although they’re not preaching devil worship – and these “musicians”, with their deeply seeded inferiority complexes, used this to create a public uproar. They had already tried to contact the authorities, who didn’t want to get involved, so they instead phoned the head of the Musicians Syndicate [Hany Shaker].

He could have sent me a message, or otherwise informed me, that, for whatever reason, I couldn’t put on this Inquisition show – but instead, as it was all pre-planned as a personal attack, they thought they’d let me do the show so they could infiltrate it and arrest me.

Since I knew all this, I did the show elsewhere on a different day and didn’t announce it officially. Apparently the first venue I had planned to have Inquisition play in had been intimidated by a journalist who told them he was going to write an article saying the venue’s owner worships the Devil. In the end, the show was amazing and attended by many.

“It was pre-planned as a personal attack: they thought they’d let me do the show so they could infiltrate it and arrest me”

‘Stars of David and Qatari DJs’
This is where it all gets funny. The head of the Syndicate posted on his Facebook page saying he had ‘infiltrated and arrested the devil worshippers’, who were wearing T-shirts with the Star of David, that there was Qatari and a Bahraini DJ involved and that satanic rituals were taking place.

His info was all wrong. The date was incorrect, the ‘Stars of David’ were pentagrams –  a symbol created by the ancient Egyptians – no one on stage was from Bahrain or Qatar, there were no DJs – it was a metal show, not a rave – and, lastly, the satanic rituals were just good old headbanging. He just wanted the opportunity to look like a hero; his official statement was: “I cancelled a satanic show and saved the children of Egypt from the Devil.”

Syndicated backpedalling
But it backfired: Shaker was forced to officially retract his statement after coming under attack from the media – it was a big surprise to see the media defending me! – and Egypt’s biggest billionaire, Naguib Sawiris, who tweeted: Someone tell Hany Shaker that metal and satanism are not the same thing. Please stop pissing off the youth; they don’t need more stress in their life!”

I also showed the permits for the show – which Shaker claimed I didn’t have – on national television, where they were read out by the host. She asked a representative for the Syndicate, “It’s signed and stamped by the government… what more do you want?”

“The date was incorrect, the ‘Stars of David’ were pentagrams and the satanic rituals were just good old headbanging”

Mafia tactics
Next, I brought German band Dark Fortress to Egypt to do a show – a band that has absolutely no mention of the devil or anti-religious rhetoric in their art. Every time I booked a venue,  the head of the Syndicate and his little trolls would call the place and threaten them, mafia-style, and I ended up having to have Dark Fortress play in a studio with a capacity of about 40.

‘Metal fans are scared’
After Dark Fortress, I sat down with [the rival musicians] because they were calling for a meeting, so they could tell me what bands I can bring and what bands I can’t. I actually asked them to play in the Sepultura show and they declined, which was obviously because they knew it was going to be shut down.

When the Sepultura show was shut down, these guys finally got the attention they so badly needed, and hopefully they feel like they’re important. The saddest thing is that they have already scared off many of the people who enjoyed the shows. But metal fans are also scared: I went to jail, so I can’t blame them.

“The saddest thing is that they have already scared off many people who enjoyed the shows. But they’re also scared: I went to jail, so I can’t blame them”

I fought the law…
They didn’t charge me with anything; they just arrested the sound engineer, the lighting engineer and I, and questioned us. The engineers didn’t know anything about metal – they were just supplying gear – so I had to ask the police to let them go, which they refused to do.

They took us to a small courtroom, with a judge, the accused and the lawyers. The judge asked me what happened, so I told him: The authorities – homeland security – came and asked for permits, but the show’s organiser, the company I hired, hadn’t appeared yet. [Sadek’s permit – which cost him around US$6,000 – can be seen here.] They didn’t have to – it was still about 16.00 and they were not required to be there until about 19.00, which is when we had planned on opening the doors. The police turned up later and accused me of worshipping the Devil because I was wearing a black shirt.

I was in prison for four days. When they threw me in the cell they shouted, ‘Devil worshipper!’, to other inmates in order to get them to beat me up; luckily I ended up befriending them by explaining what metal was, and how it’s just music.

My time in jail wasn’t really that bad. The worst part was not showering, and I also didn’t eat to avoid using the toilet, which was a hole in the floor. One policeman burnt a cigarette on my foot, which hurt at the time.

I can’t really blame the authorities. They have a certain level of power and don’t know what to do with it, but ultimately they are just pawns in something much bigger.

“I can’t really blame the authorities. They are ignorant, but ultimately they are just pawns in something much bigger”

The future
I’m very excited to finally be playing in the UK, at Bristol DeathFest next April. I’m hoping to bring my brothers from the Emirates, Perversion, and Smouldering in Forgotten, a band from Bahrain, crushing and original; bands that deserve support. I also might be working with Sarah Jezebel Deva, formerly of Cradle of Filth, at DeathFest, because I love having local people be part of the line-up.

Will I keep putting on metal shows in Egypt? We’ll see how this all unfolds – but it’s safe to say I’m one stubborn motherfucker.

In brief: Sadek on…

Dual nationality
It definitely helped [with my release], but it was also fuel for the conservative media, because they get to say dumb shit like: “Oh, look at this American guy who thinks he can come to our country and do his satanic American shit.” Annoying, but nothing more.

The Arab metal scene
Egypt has the biggest number of metal fans, but that’s affected by the size of the population: Even if 0.5% of Cairo enjoys metal, that’s still more than, say, 10% of the United Arab Emirates, which is the only other country in the Arab world that hosts metal shows.

There are metal bands from Algeria, Morocco, Bahrain, Tunisia and Lebanon, as well as – secretly – Saudi Arabia.

Satanism
It’s not in any kind of religious or preaching kind of way. Even if a song, say, glorifies Satan, there’s no way to know exactly what that particular lyric is meant to invoke – maybe it’s about bad people who glorify the devil. It doesn’t mean that the performer of the song is glorifying it.

Take Chris de Burgh’s ‘Spanish Train’: There are some highly blasphemous lyrics in there, but it really all depends on your point of view. And guess what: Chris de Burgh played Egypt last May, right after Inquisition and Dark Fortress!