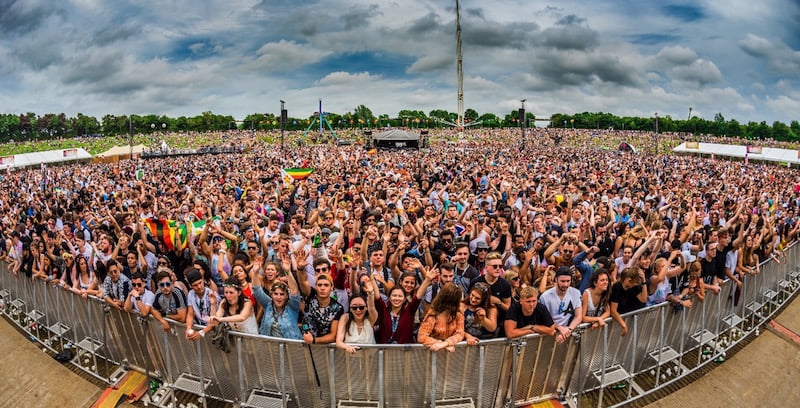 Festivalgoers at EDC in Milton Keynes, UK, in July

Electric Daisy Carnival (EDC), one of the world’s largest dance music festivals, will this year expand to a fifth country with the launch of EDC India.

The festival, a joint venture between Live Nation’s Insomniac Events and local promoter Only Much Louder (OML) and sponsored by Budweiser India, will take place in an as-yet-unannounced venue in New Delhi on 12 and 13 November.

Since its inception as a one-day festival in Los Angeles in 1996, EDC events have been held in cities across the US, as well as internationally, in the UK, Mexico and Brazil. (A spin-off festival was also announced for Tokyo but has since been called off.)

Vijay Nair, CEO of OML, says attendees can expect “one of the largest line-ups of international and Indian artists” at the “Vegas-style festival”, in reference to EDC’s flagship event in Las Vegas, Nevada. “We can’t wait to bring that experience to Indian fans and blow their minds,” he adds.

“Ever since I was a kid, I’ve been fascinated by [India’s] colourful and exotic culture,” comments Insomniac founder Pasquale Rotella. “I know it’s a place where the magic of EDC can come alive in a truly unique way, and we’ve got amazing partners in OML and Budweiser who can help make that happen.”

The location and timing for EDC India are key, as two of India’s biggest existing dance music events, Sunburn and Supersonic, are at loggerheads with the government of Goa after the state announced that their traditional Christmas/New Year slots are off limits in 2016. The Delhi event is, however, still comfortably within northern India’s cool season, meaning a repeat of the sweltering 109°F heat seen at this year’s EDC Las Vegas is unlikely.