Two venues are being asked to pay $200,000 in back taxes by Cook County, which argues the exemption should only apply to venues hosting 'fine arts' performances 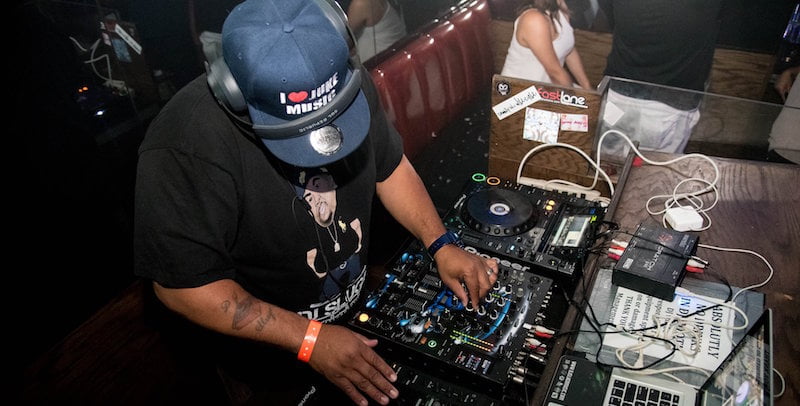 A DJ at the Evil Olive in July. Not 'real' music, says Cook County

Cook County, an Illinois county centred on the city of Chicago, has been compared to a ‘moustache-twirling ’80s movie villain’ for its attempts to extract hundreds of thousands of dollars in back taxes from a number of small Chicago music venues.

Any establishment hosting “live theatrical, live musical or other live cultural performances” is currently exempted from Cook County’s 3% amusement tax. However, the Chicago Tribune reports two venues – the Evil Olive (400-cap.) and Beauty Bar (750-cap.), both of which host live music and DJs – are now being ordered to pay around US$200,000 each in back taxes because, argues the county, the exemption is only applicable to “any of the disciplines which are commonly regarded as part of the fine arts, such as live theatre, music, opera, drama, comedy, ballet, modern or traditional dance and book or poetry readings.”

“Rap music, country music and rock and roll do not fall under the purview of ‘fine art’,” says Anita Richardson of Cook County’s Department of Administrative Hearings.

Bruce Finkelman, who owns the Beauty Bar, says being forced to pay the tax “would put us out of business”. “That’s a crippling amount of money,” he tells the Tribune.

“It would put us out of business. That’s a crippling amount of money”

Both venues are now fighting the county in court.

Smith compares Cook County councillors to “cartoonish, moustache-twirling villains from a snobs-versus-slobs ’80s movie”. He writes: “They’re the functional equivalent of John Lithgow’s self-righteous pentecostal preacher character from the 1984 film Footloose, outlawing dancing and rock ‘n’ roll out of fear of the spiritual corruption of the youth. They’re the fun-hating suits and stiffs who want to turn beloved clubhouses into parking lots; the fascist principal who tells the iconoclasts to cut their hair and get jobs; the priggish cultural elitist sneering at the music that ‘kids these days’ love while huffily insisting something like Beethoven is ‘real art’.”

Lawyer Matthew Ryan, representing Beauty Bar, says he will bring a DJ to the courtroom for the next hearing in October to prove that DJs produce music “the same as any instrumentalist”.