The cult band's sold-out hometown show at the Rogers K-Rock Centre in Kingston, Ontario, was also seen by 11.7m people nationwide – nearly a third of the country 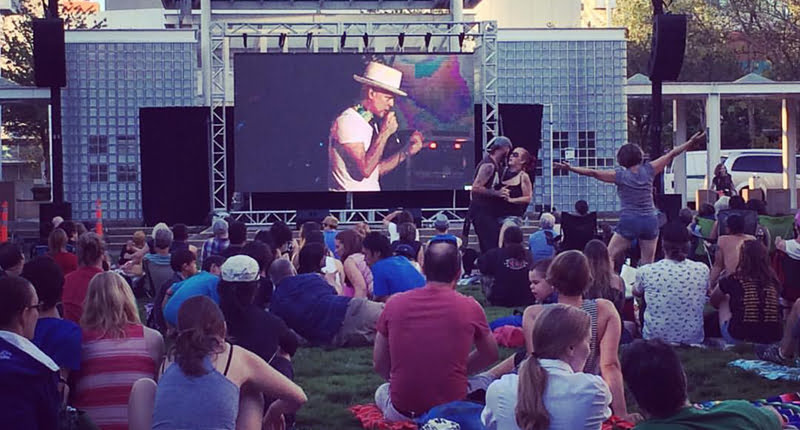 Nearly 12 million Canadians – close to a third of the country – witnessed what is likely to be The Tragically Hip’s final live performance on Saturday night, as the beloved band bow out of touring following a terminal brain cancer diagnosis for songwriter-in-chief and ‘Canada’s unofficial poet laureate’ Gord Downie.

In addition to those who had tickets to the show, at the 6,700-capacity Rogers K-Rock Centre in Kingston, Ontario (prime minister Justin Trudeau among them), 11.7 million Canadians gathered in front of big screens and at viewing parties across the country to watch the Canadian Broadcasting Corporation (CBC)’s The Tragically Hip: A National Celebration, which showed the band’s emotional three-hour farewell set in full.

According to data from Numeris, the hometown show – which took the place of the CBC’s Olympics coverage – was also streamed 900,000 times worldwide.

Reporting from the concert, the final date of the 15-date Man Machine Poem tour, the CBC said concertgoers “treated the show like a landmark moment in Canadian history: Giant flags made their way through the crowd during the performance, and before the concert began, the audience spontaneously began singing [national anthem] O Canada, with nearly everyone rising from their seats”.

One audience member, Laura Coppola, called the show the “greatest single thing I’ve ever seen in my whole life” and the “best concert ever”.

The band, formed in 1984, have had nine number one albums in Canada and won 14 Juno awards – akin to the Grammys or Brits – with songs that draw on a uniquely Canadian experience, frequently with references to “[ice] hockey, geography, history and culture that are recognisable to Canadians but unknown to outsiders”, says Canadian writer Jordan Michael Smith.

The Live Nation-promoted Man Machine Poem tour, announced in the aftermath of Downie’s diagnosis, was marred by a national scandal over the number of primary tickets that appeared on secondary ticketing sites, leading to accusations that fans were being “shut out” of the farewell shows. IQ reported in the aftermath of the controversy that nine out of ten Canadians would support prison terms for bot-using ticket touts, and a third would abolish online ticketing altogether.

Watch The Tragically Hip perform ‘New Orleans is Sinking’ in Kingston below, courtesy of CBC: