The O2, the 9:30 Club, the Hawthorne Theatre and the Detroit Symphony Orchestra are among those capitalising on Nintendo's AR phenomenon 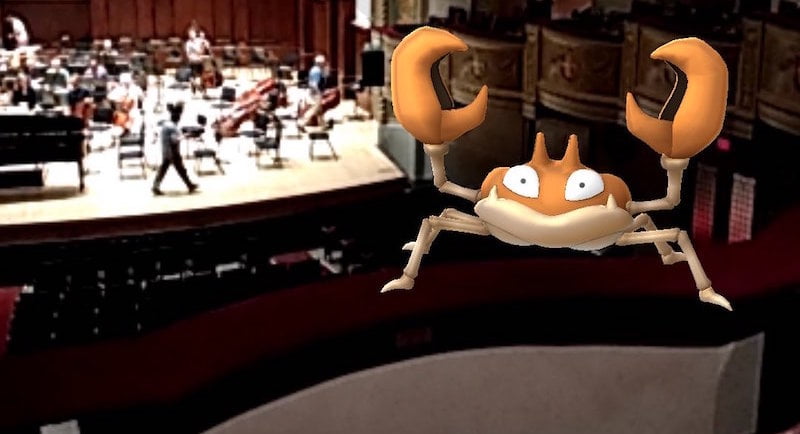 A Krabby drops by to hear the DSO rehearse

As the Pokémon Go craze continues to sweep the world, several venues and artists are seeking to capitalise on the popularity of the augmented-reality (AR) game and its 15 million-and-counting players.

The Detroit Symphony Orchestra, which last night performed Beethoven’s Piano Concerto №1 at the Shaarey Zedek synagogue, offered free tickets to anyone who showed their in-app Pokédex (an encyclopaedia of caught Pokémon) to door staff.

Show us your Pokédex in the Pokémon GO app and receive a free pair of tickets to tonight’s Neighborhood concert! pic.twitter.com/8Xzq8FEcxR

It isn’t yet clear whether anyone took up the Detroit Symphony on their offer, but IQ has asked the orchestra if the initiative was a success.

Elsewhere, O2 Music is asking its Twitter followers to send them snaps of Pokémon they’ve caught at its UK music venues (the Academy Music Group venues and AEG’s The O2 Arena in London).

So who's caught what at an O2 Venue? Send us screenshots of the Pokemon you've caught there and you could win tickets to a show! #PokemonGo

The responses? A Psyduck, Marina and the Diamonds and gonorrhoea (not sure the final two are Pokémon).

Venue 360, meanwhile – an events and conference venue in Luton, UK – hopes to lure in budding trainers by publicising that its kids’ play area is a Pokéstop (a place to stock up on Pokéballs and supplies), while the Beachfront Hotel in the Australian city of Darwin is this afternoon hosting its first Pokémon Go Happy Hour, with live music and a free barbecue near two in-game Pokémon gyms and a Pokéstop.

Stock up on your #Pokeballs, we're a #Pokestop! The Restaurant & Bar is open for you to refuel too! #PokemonGo pic.twitter.com/lUlxTGlDIm

Portland, Oregon, music venue the Hawthorne Theatre (600-cap.) sought to attract Pokémon Go players to its seven-band Battle for Warped Tour showcase on Wednesday by inviting trainers to “battle for control of the Hawthorne Theatre gym”. It also bought ‘lures’ to make more Pokémon spawn around the venue and offered “Pokémon Go drink specials” for all ticketholders.

And Washington, DC’s 1,200-capacity 9:30 Club is offering a new merchandise and ticket promotion for players who battle their way to the top of the venue’s gym. “Next time you catch a show at the 9:30 Club (and you should catch ’em all), leave your mark by successfully claiming the gym to earn 50 points on your Friends With Benefits card, which can be cashed in for tickets, merch and more!” it said in a mail-out to members. 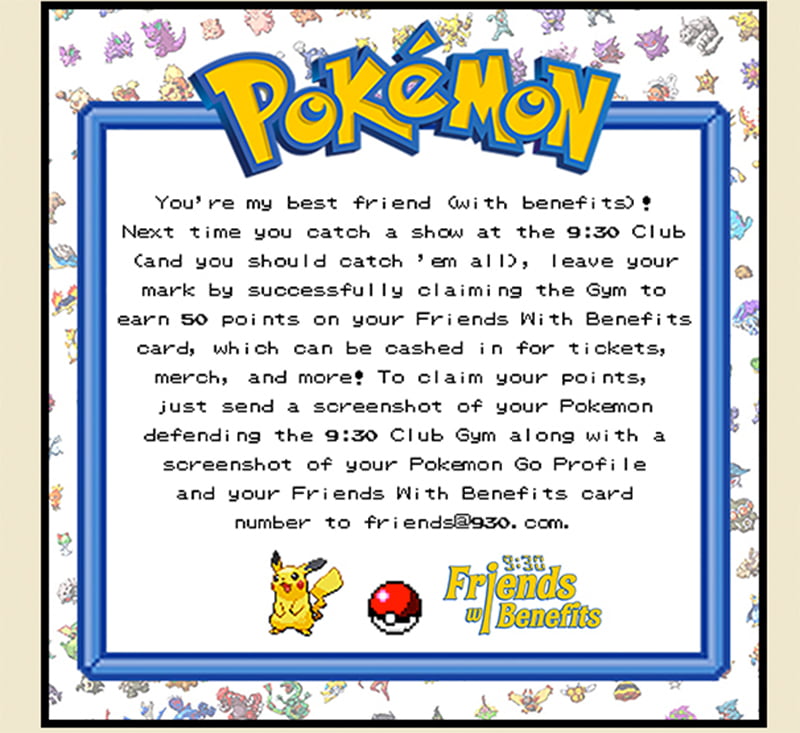 Spotted any more music businesses getting in on the Poké-act? Let us know in the comments!

Oz stadium could up concerts limit to meet demand