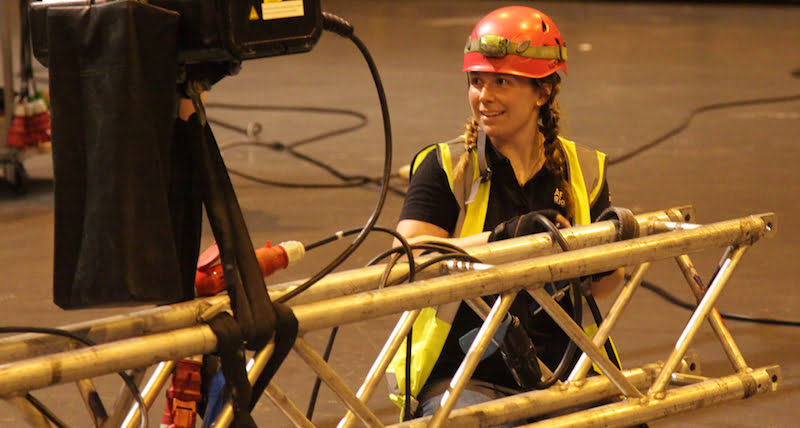 A trainee rigger at the trial day on 29 June

The apprenticeship, developed by the National Rigging Advisory Group (NRAG) as part of the British government’s Trailblazer scheme to create three million new apprentices by 2020, is designed to plug a gap in the number of trainees created by increasing demand for riggers for live events.

“This apprenticeship is a big move for the industry, so ensuring the right assessment methods are implemented is paramount to its success”

Paul Rowlands, rigging development manager for the NEC Group, says: “The [trial] day provided us with some very insightful feedback that can be used when modifying the final assessment product. By involving both current trainees and an expert assessment team, we hope to provide a well-rounded and thorough apprenticeship, which stands apprentices in good stead for a career in rigging.

“This is a big move for the industry, so ensuring the right assessment methods are implemented is paramount to its success.”

Anyone interested in applying for the apprenticeship should email [email protected].

IQ revealed earlier this month that Society of Ticket Agents and Retailers (STAR) is lobbying the British government to create a similar apprenticeship for aspiring ticket agents.