Arctic Monkeys manager Ian McAndrew, Mumford & Sons manager Adam Tudhope and Placebo's Brian Molko are among those who have lent their support to the initiative 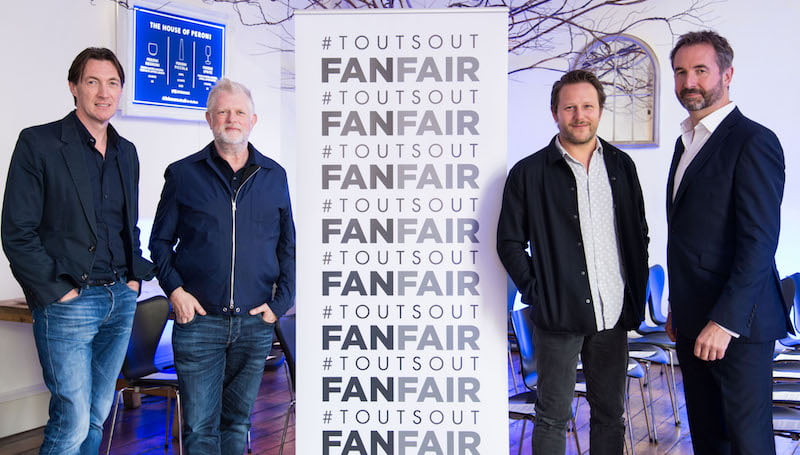 The managers of PJ Harvey, Arctic Monkeys, One Direction and Mumford & Sons today announced the launch of a new anti-touting campaign at a press conference at Somerset House in London.

First mentioned in 2012, the FanFair Alliance – backed by Brian Message of ATC Management/Courtyard Management, Ian McAndrew of Wildlife Entertainment, Harry Magee of Modest Management and Adam Tudhope of Everybody’s Management – is calling on the new British government to take a tougher stand against what Arctic Monkeys manager McAndrew called the “number one grievance among concertgoing fans”.

The campaign comes hot on the heels of the recently released Waterson report into the UK secondary ticketing market, which recommended greater enforcement of the 2015 Consumer Rights Act (CRA), to which the government has until 21 July to respond.

Speaking at the press conference this morning, Tudhope – who in May, following the launch of a popular anti-touting petition backed by Mumford & Sons, told IQ he’d support the criminalisation of for-profit resale – said his acts (which, in addition to Mumford & Sons, include Keane, Laura Marling and Willy Mason) are “appalled” by widespread touting and criticised the secondary market as “damaging for the business as a whole”.

McAndrew highlighted that “the legislation” – the CRA and, with regards to ticket bots, the Computer Misuse Act – “is already there”, but isn’t being properly enforced. Tudhope added that he hopes to see that change post-Waterson, saying he was “buoyed” by the report and felt Professor Michael Waterson “listened to us [the industry]”.

“It’s a complex issue, because venues are involved, box offices, managers… and it’s not going to be solved overnight. But FanFair is the beginning of something exciting”

FanFair is backed initially by more than 40 individuals and business who have signed a declaration against online ticket touts, as well as trade bodies including the Featured Artists Coalition, the Music Managers Forum, the Music Venue Trust and the Association for Electronic Music.

It is urging the government to take “four pragmatic steps” it says would ensure tickets end up in the hands of fans rather than touts: Proper enforcement of the CRA; transparency about who customers are buying from; corporate responsibility on the part of secondary ticketers; and criminalising the use of ticket bots (following New York’s lead).

Speaking to IQ after the launch, Brian Molko of Placebo explained why he’s supporting FanFair: “We as a band do not want our fans to be ripped off by these enormous multinational corporations who are breaking the law in such a brazen, unethical fashion – taking advantage of genuine music lovers – that for me, personally, it’s scandalous. And that’s why I’m here today.”

Asked if he’d seen Placebo tickets selling for inflated prices on secondary sites, Molko said it “breaks your heart – you know that some people love you so much that they will buy them”, adding that although it’s “the least of my worries”, it also “reflects badly on the artist, and we’re not responsible for it, so we want to make that clear as well.”

Touting is, said Molko, a “complex issue, because venues are involved, box offices, managers… and it’s not going to be solved overnight. But this [FanFair] is the beginning of something exciting. It’s not about us being paid fairly – it’s about the fans getting tickets for a fair price.”