Two “unexplained” deaths at T in the Park 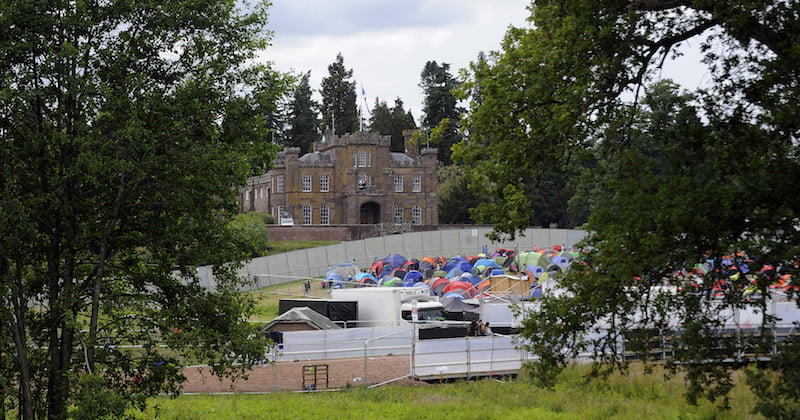 Tents at the foot of Strathallan Castle at TITP 2015

Two people have died at T in the Park.

A man and a woman lost their lives in two separate incidents – both being treated as “unexplained”, says Police Scotland – in the early hours of this morning at the three-day festival at Strathallan Castle in Perthshire, which runs until Sunday 10 July.

Geoff Ellis, CEO of festival promoter DF Concerts, says he is “shocked and saddened by today’s news” and that the festival’s “thoughts are with the families and friends at this time”. He adds that DF is “offering our full support and assistance” to the police investigation.

A spokesman for T in the Park tells IQ “there’s nothing else we can say right now”.

The festival overhauled its arena, campsite and transport infrastructure in for 2016 under the direction of Festival Republic managing director Melvin Benn, who was brought in as executive producer after last year’s event – its first at Strathallan Castle, near Auchterarder, after moving from a disused airfield in Balado – was heavily criticised for its traffic congestion, failings on crowd control and security and repeated breaches of planning permission. A 36-year-old man, Andrew West, was found dead in the toilets last year in a similar “unexplained” incident.