With an attempted coup d'état bookending an unprecedented seven months of civil conflict, where does the embattled Turkish live scene go from here? 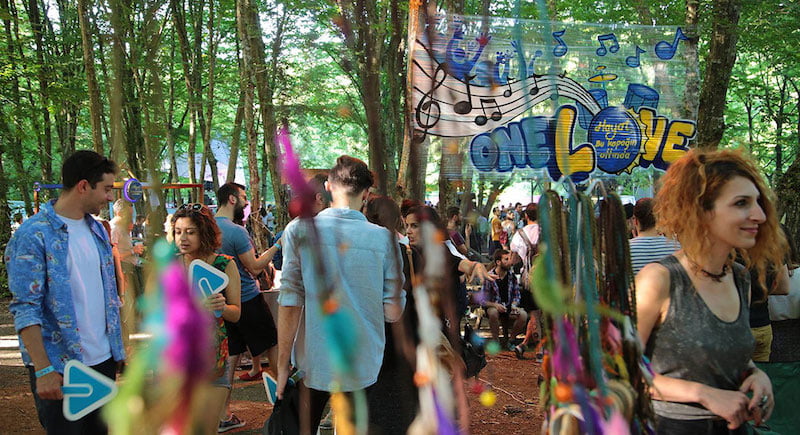 Turkish fans at Parkorman, near Istanbul, for last year's One Love

Turkish promoters are feeling the strain after Friday’s attempted coup d’état, with a number of high-profile acts cancelling shows as the fallout hits the country’s touring and festival markets.

The botched coup – in which a group of army officers attempted to overthrow the government of autocratic president Recep Tayyip Erdoğan – was followed by a ruthless purge of over 50,000 people from Turkish schools, press, police and the judiciary, and the cancellation or disruption of festivals, concerts and live events across Turkey.

“Lots of international acts have cancelled, and all the major promoters are hurting,” says Nick Hobbs, the owner of Istanbul-based promoter and booking agency Charmenko, which has in the past few days lost major concerts by Muse and Skunk Anansie.

Other casualties of the coup include Istanbul Jazz Festival, which has lost Laura Mvula, Vintage Trouble and Austrian act Treeoo, and Pozitif’s One Love festival, which was called off altogether.

Hobbs explains that while an insurance company may pay out for OneLove, as the airports were closed and performers physically unable to get to the event, promoters are unable to claim force majeure for any cancellations this week or next – Muse included – although he notes that artists “cancelling a show out of anxiety while normal life carries on in Istanbul”  are “liable to cover promoter costs, as well, of course, as returning the fee”.

The attempted coup is one of the most visible acts of violence to have rocked Turkey in recent years, but Hobbs says it comes after a “particularly difficult” start to the year for the industry and the country as a whole. “We’ve had four terrorist attacks – one by [Kurdish nationalist group] PKK and three by IS [Islamic State] – in Istanbul this year alone,” he explains. “An awful lot to happen in the space of seven months.”

He adds that “you’d have to be a very brave promoter to book an international act in Istanbul” at the moment because it’s likely “you’d lose a lot of money”.

Riza Okcu, general director of another Istanbul-based promoter/agency, StageArt, describes 2016 as “the most difficult year in my career so far” and says he’s been forced to postpone two shows by French singers Zaz and Imany, due to take place in Antalya next week, as a consequence of the recent unrest.

Okcu says, however, that StageArt will, “in spite of all this, continue to do what we do. Don’t lose the faith in music.”

Unlike Charmenko and StageArt, Selen Tamer Lakay, vice-president of Istanbul Entertainment Group (IEG), says IEG’s business is so far unaffected, and that its next round of concerts in September (which haven’t yet been announced) will go ahead as planned.

But while Hobbs says he’s relatively unfazed by violence on the streets (“you develop a streetwiseness,” he explains, “although I did feel a bit afraid when the rebels smashed the windows in my house”), Tamer Lakay says she’s staying indoors where possible. “My home is close to the US embassy,” she explains, “and yesterday protesters went over there with guns. People are just crazy over here.”

Although PPK (the Kurdistan Workers’ Party) has been waging an armed campaign against the Turkish state since 1978, Okcu says the rise of the Islamic State (IS or ISIS) has forced promoters to step up security, noting that despite the current conflict “security precautions have tripled compared to the good old days”. He explains: “We generate security documents for each event and get in contact and go over security measures with the consulates or embassies of celebrated artists.”

Hobbs adds that for Muse, Charmenko jumped through “a lot of hoops to make security as good as it could be” after the Istanbul airport attack in January. “They sent over security experts from the [United] States, who spent three days in Istanbul before giving us the green light,” he says.

One Love promoter Pozitif Live’s CEO and president, Cem Yegül, provided IQ with a statement detailing its “point of view regarding the greater entertainment, arts and culture sector in Turkey in light of recent developments”.

“We believe in this country’s resilient, adaptive DNA, and we think and see that many people regard us as an important element of resistance against instability in troubled times”

Since its founding in 1989, says Yegül, Pozitif has “witnessed and survived many political and economic crises and events in Turkey and the region. Obviously, maintaining and growing a culture business in such a market has not been easy, but [is] certainly achievable, as with many other businesses operating and growing in this context.

“We believe in this country’s resilient, adaptive DNA and in our citizens, and we think and see that many people regard us – not only Pozitif, but all of the culture, art and entertainment organisations – as an important element of resistance against instability in troubled times. People do not want the music and the art and, most importantly, the sense of community they provide to come to a stop.

“Of course, in the face of immediate unrest and chaos we have cancelled or postponed several events within the last couple of years, but always with the intention of welcoming our community at the next soonest opportunity and running clubs and venues that we feel are secure, as we do now. We are hoping to act on this positive intention as soon as possible, but need some time for clarity.”

While, as in France, Belgium and elsewhere, touring will eventually return to normal levels (although, as Hobbs notes, “Turkey and normality exist in uneasy relationship!”), the Charmenko chief says it’s difficult currently to feel upbeat about the future. “In a direct sense [the coup] doesn’t mean much for concerts, but in an indirect sense it affects the economy, sponsors don’t like the instability and that affects artist decisions.”

However, he advises artists that “it is just as safe to play now as before – arguably even more so, as I don’t think anyone will try anything for some time to come” and notes that “for regular folk and foreigners, being caught up in terrorism in Istanbul remains rather less likely than dying in a plane crash.”

“Of course there is a degree of risk,” he concludes, “but a degree of risk which is probably no more than playing in say France or Belgium. I don’t think that the risk is such that it should deter artists from coming.”