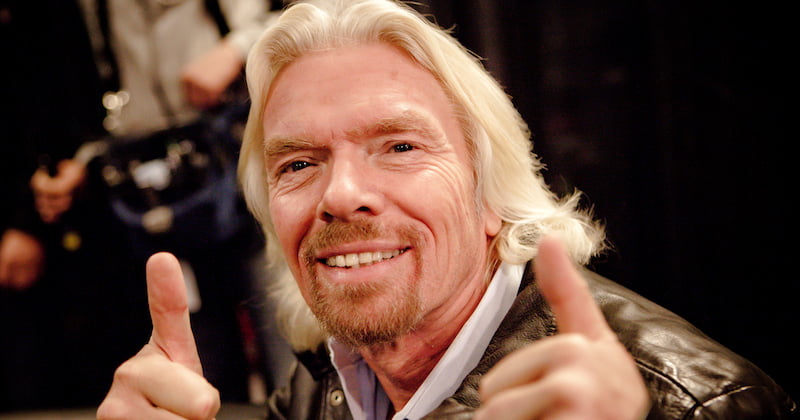 Branson, who started a record retail business (now Virgin Megastores) in February 1971 before using the proceeds to found Virgin Records, says Sofar – Songs from a Room – offers an an antidote to “soulless” modern venues by putting on concerts in “unusual, spontaneous places” and creating “new, engaged fans who have been immersed in an authentic, eclectic night, and maybe met a new friend or two as well”.

Writing on his Virgin blog, Branson says: “Like all the best ideas, Sofar Sounds started life as the solution to a personal problem somebody was facing. Co-founders Rafe Offer, Rocky Start and Dave Alexander were fed up of going to gigs and hearing people talk and play on their phones rather than engage with the artist. So they began organising secret, intimate gigs in their living rooms with the simple idea of making every show magical. They quickly discovered that many, many more people wanted the same thing.

“The average Sofar show is oversubscribed by 10 to one. This is the main reason I am excited to be investing: the opportunity to help it expand and reach even more music fans”

“Before long Sofar expanded from secret gigs in London living rooms to secret gigs everywhere from Thailand to Turkey, Brazil to Belgium, Kenya to South Korea. [Over] 260 cities are part of the Sofar community, with music-loving US destinations the fastest-growing, from New York to Los Angeles, Chicago to Dallas, Washington, DC, to San Francisco. As I’ve heard from the many friends and colleagues who have been going to the gigs, every show is different and each city puts its own spin on the distinctive Sofar experience.

“So far there have been more than 4000 Sofar Sounds events featuring over 12,000 artists, and they are growing fast. There will be 290 events this month, and the average show is oversubscribed by 10 to one. This is the main reason I am excited to be investing in Sofar – the opportunity to help it expand and reach even more music fans. By creating more events in its inimitable style, they will in turn be able to support even more artists.”

The involvement of Sir Richard brings Sofar Sounds, founded in 2011, to a total of four investors. The London-based company has secured two previous rounds of investment: seed funding from Index Ventures and LocalGlobe, and seed and series-A funding from Octopus Ventures.