The eco-friendly festival has been postponed on the day due to a lack of electricity and running water (quick, someone call Alanis Morissette) 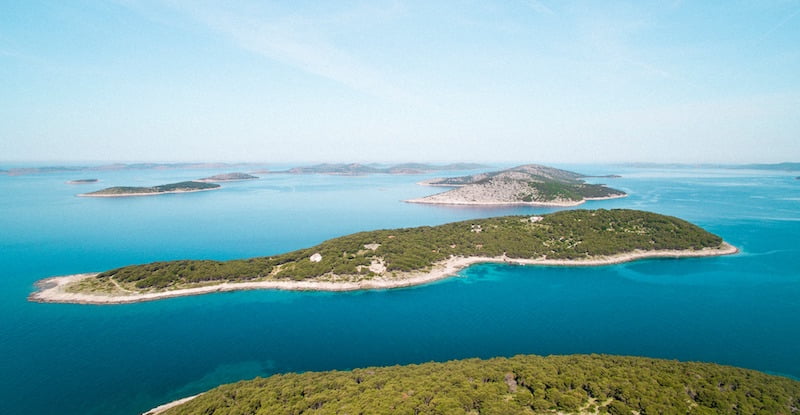 Obonjan Riviera, the company behind a six-week music and ‘wellness’ festival due to kick off today on the tiny Croatian island of Obonjan, has pushed back the start of the event until at least 3 August due to a lack of power or running water.

The festival – billed as the “perfect summer holiday with a festival twist” – made the announcement in the early hours of this morning, advising that it would help “everyone confirmed to stay with us for the opening week” to “seek alternative arrangements and process refunds as quickly as possible”.

The island (pictured), which is a mile long and 500 yards wide, has no permanent population. The lease was bought last year by Dan Blackledge, the creator of Croatia’s Hideout and Unknown festivals, who founded Obonjan Riveria and announced plans to, in partnership with the Croatian state, turn Obonjan into a music, arts, culture and ‘wellbeing’ destination for holidaymakers, primarily British.

Festivalgoers who had already paid for flights – or are already in Croatia – are, predictably, angry: Writing on Twitter, Charlotte Graham said her “holiday plans [are] ruined 12 hours before departure”, while Alex Stannard commented: “I am actually livid! Travelled to Sibenik this morning to be stranded here to have just seen an email saying it’s cancelled” (although she later praised organisers, saying they “helped us in every way they could”).

“We have had to take the difficult decision to postpone today’s opening until at least 3 August, as the island is currently without running water or electricity”

Roy Ayers, DJ Shadow and Akala are among those booked to perform when the festival does eventually get underway.

In an interview with The Guardian in March, Blackledge said Obonjan is “an evolution of the festival idea with all the things you love in one place in a beautiful natural setting. There’s an emphasis on wellbeing and ecology, and we want to encourage a real feeling of community – people can stay for as long as they like. I don’t want to say it’s the first of its kind, but I haven’t come across anything quite like it.”

The first Croatia Music Event conference, held in London in June, recognised the growing popularity of Croatia as a festival destination but said high travel prices and a lack of options for accommodation are hurting its prospects.