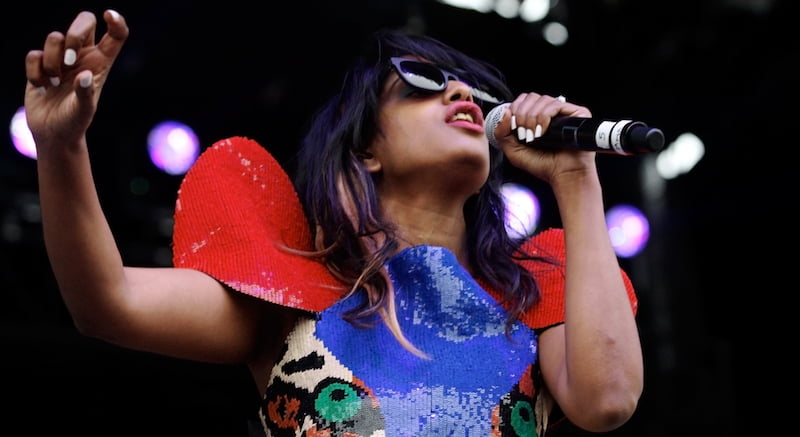 MIA performs at Outside Lands in San Francisco

MIA has been dropped from her headline slot at the inaugural Afropunk Fest London over comments perceived to be critical of the Black Lives Matter protest movement.

In an interview with the Evening Standard’s Richard Godwin in April, following Beyoncé’s black power-themed Super Bowl performance, the British Tamil rapper said: “It’s interesting that in America the problem you’re allowed to talk about is Black Lives Matter.

Many ticketholders threatened to boycott the festival – a spin-off from an event held in Brooklyn since 2005 and Paris since 2015 – in response to the interview, leading to speculation as to whether MIA (Mathangi Arulpragasam) would still play.

In a statement released on Friday, Afropunk said that “after discussing the situation with the artist [MIA] and the community, a decision was agreed upon by all involved that MIA will no longer headline”.

A message about AFROPUNK LONDON: pic.twitter.com/Zd5z2ToWuF

A new headliner will be announced tomorrow. We’re calling it now: it’s going to be Ted Nugent.