'Wacken VR', from 'Metal: A Headbanger's Journey' director Sam Dunn, will focus on the "beating heart of metal culture": the fans 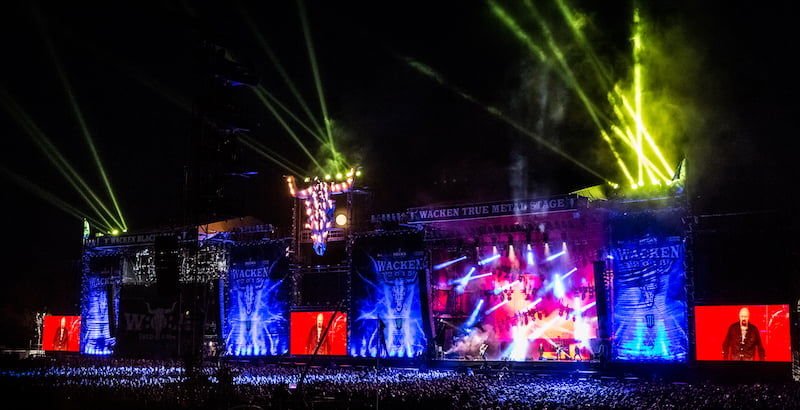 “We are especially thrilled to announce we’ll be there filming our next big metal project: Wacken VR, a fully immersive metal festival experience,” says Dunn, the co-founder with Scot McFadyen of Banger Films. “It’s a hugely exciting project, and we’re looking for fans to take part. The search is on for passionate metal fans attending Wacken to be interviewed for the Wacken VR story.

“Ten years ago we made the first in-depth doc on heavy metal music and culture with Metal: A Headbanger’s Journey. Now it’s time for another first at Banger: Creating metal’s first narrative VR experience. And since metal fans are the heart of metal culture, we need fans to send us their videos and help us tell this story.”

Anyone attending Wacken who wants to be interviewed for the film should upload a short video to YouTube with “Wacken VR – fan search” in the title explaining what the festival means to them. More details in the video below:

VR headsets were also handed out at AEG Live’s Coachella festival in April, and Eindhoven venue Effenaar earlier this month announced plans to transform itself into a high-tech VR hub during the early-week lull.

Wacken Open Air, founded by Thomas Jensen and Holger Hübner, will once again take place in the village of Wacken in Schleswig-Holstein, northern Germany, from 4 to 6 August, with headliners including Iron Maiden, Arch Enemy, Blind Guardian and Saxon. Last year’s festival, its 26th, attracted 75,000 people.