Metal detectors ‘at all AEG venues in the US’? 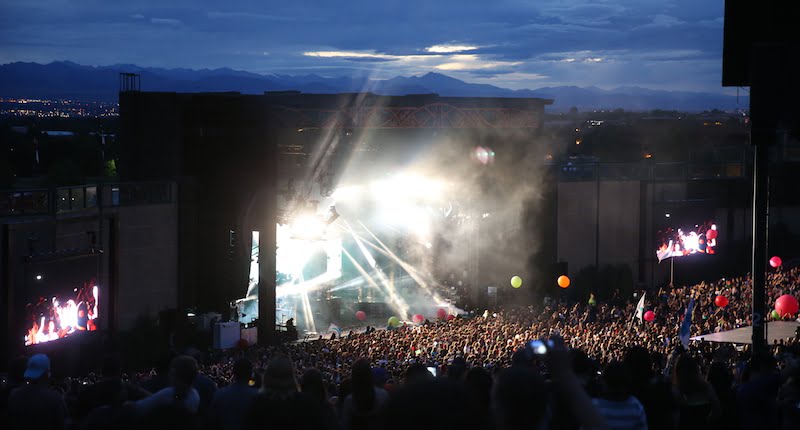 In a move its chief operating officer believes will be standard practice throughout AEG’s US portfolio by the end of the year, AEG Live Rocky Mountains has installed metal detectors in five of its Colorado venues.

Airport-style metal detectors are now standard at the 17,000-capacity Fiddler’s Green Amphitheatre in Greenwood Village (pictured), with the Ogden Theatre in Denver (1,600-cap.), Bluebird Theater in Denver (550-cap.), Gothic Theater in Englewood (1,100-cap.) and 1stBank Center in Broomfield (6,500-cap.) due to follow suit in the coming weeks.

Speak to The Denver Post’s Reverb, AEG Live Rocky Mountains co-president and COO Brent Fedrizzi says the new security measures are the promoter is doing its “due diligence” to protect concertgoers and predicts the use of metal detectors will soon be a US-wide company mandate.

Many industry figures predicted that metal detectors would become more widespread after the attack on the Bataclan in November 2015. The 18,000-capacity Verizon Arena in Arkansas and a number of European festivals, including Wireless in the UK and Rock Werchter, Tomorrowland, Graspop, Pukkelpop in Belgium, are among those that have since installed walk-through magnetometers as standard.

Despite the move coinciding with a visit to the Ogden by Bataclan survivors Eagles of Death Metal, Fedrizzi denies the two are related, but does say the horror at the Bataclan spurred an industry-wide conversation about venue security. “I don’t know if that was the main reason [for installing the metal detectors],” he says, “but it was one of many.”