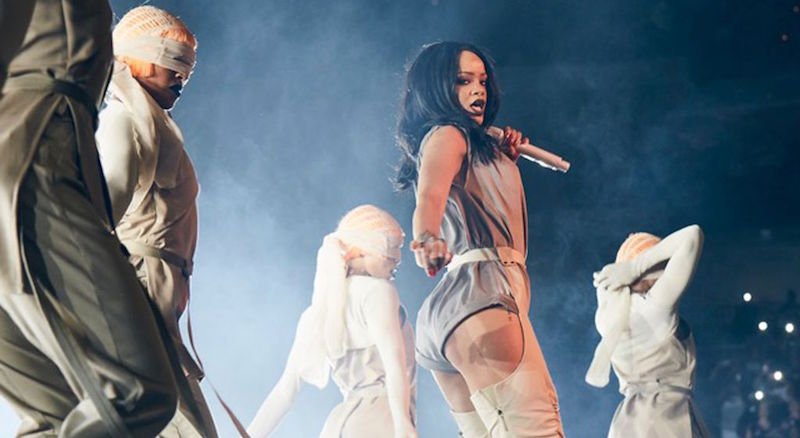 Rihanna’s Anti world tour rolled into Manchester on Wednesday evening, and while the crowd at the 26,000-capacity Old Trafford cricket ground welcomed the Barbadian singer (pictured) and guest star Drake with open arms – especially those she sent pizza to – other Mancunians weren’t quite so appreciative.

Residents, many living miles from the stadium, vented on Twitter that they could hear the concert clearly  from their living rooms (Karl Bonsworth wrote: “I’m about 10 miles away and can hear the bass from here! That is SOME sound system! #TurnitdownabitRihanna), and one – Jeannette Davidson, who lives in Failsworth, around eight miles away – phoned the Manchester Evening News to complain, telling the paper: “The noise is ridiculous. We are miles away and can still hear the whole thing. The windows are closed, too, and it’s still coming through into the house.

“I’m shocked that it’s this loud so far away. I feel sorry for the people who live right by it. They got a free concert whether they wanted one or not.”

Despite this, a joint statement from the venue and Trafford council said the actual number of complaints was “small in number” and that “noise levels were compliant with the acceptable levels as laid out in the licence provided by the council to allow the concert to go ahead”.

LCCC communications manager Paul Holliday, who sent the statement to IQ, declined to comment on whether the venue would be implementing any measures to avoid similar sound leakage in future.