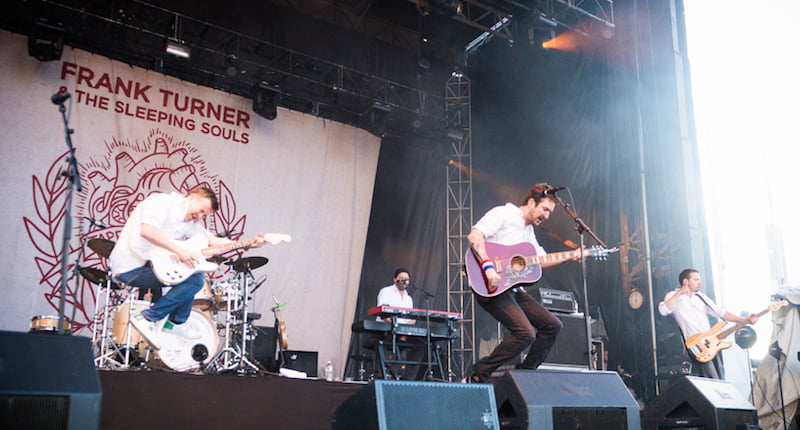 Frank Turner performs at Boston Calling 2014 at the City Plaza

“We have been exploring music festivals as a way to further expand and strengthen our position in the ‘live experience’ space and are very pleased to welcome Boston Calling Events to the MSG family,” says David O’Connor, MSG’s president and CEO. “Over the last three and a half years, Boston Calling’s popularity has been built by its commitment to operating as an open and independent festival that welcomes artists from all genres. We want to support Boston Calling Event’s efforts to preserve this well-earned reputation as it moves forward with its plans to expand and enrich this great event for a great city.”

BCE co-founder and CEO Brian Appel will continue to run the company, which in addition to the Massachusetts festival also produces the Boston Calling Block Parties series of music events and the US spin-off of the Copenhagen Beer Celebration beer festival, which will take place for the first time in Boston later this year.

“We are excited about joining a company that not only shares our commitment to delivering artist- and fan-friendly events, but that truly believes in the growing value of unique and exceptional live experiences,” adds Appel. “Their support will be invaluable as we continue to work on delivering successful events for music fans, while exploring new opportunities in the festival space.”

The Madison Square Garden Company – which owns the famous indoor arena of the same name, as well as Radio City Music Hall and the Beacon Theatre in New York, the Chicago Theatre, the LA Forum, the New York Knicks and New York Liberty basketball teams and New York Rangers ice hockey team – has had a presence in Boston for eight years through a booking agreement with the 3,500-capacity Wang Theatre.

Boston Calling, which traditionally took place over two weekends during the year at Boston City Hall Plaza, will as of 2016 take place annually on the Memorial Day weekend at Harvard University’s athletics complex in Allston. A line-up has yet to be announced; last year’s headliners were Beck and Pixies.