Learning from our mistakes

Mind Over Matter's Chris Kemp, winner of the European Festival Awards passion and excellence gong, says learning from our mistakes is always the bitterest pill to swallow 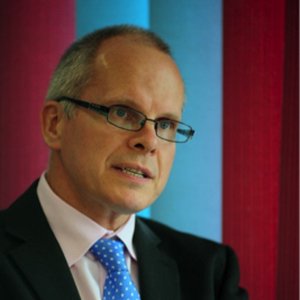 Over the last 25 years, the professionalisation of the security and crowd management industries has created a deeper knowledge with regard to the reduction of risk.

Confusing the size of the crowd with its safety management can be dangerous and companies are reassessing their venue and event needs and utilising more informative tools to meet growing safety requirements. To do this they are continuing to seek a more interdisciplinary approach in their quest to make crowded space safer.

Spurious authenticity, hearsay and unsubstantiated predictions are reducing and being replaced by carefully researched rationales that provide more confidence in the planning framework for these events. Demographics, profiling and regression statistics all have to be taken into consideration to ensure the validity of ingress and egress calculations, evacuation times and many other projections needed to instil confidence into those managing the event.

Some venues monitor “time to clear” at the end of an event to create empirical data to support crowd movements and flow rates and this helps to develop patterns of movement when planning for normal egress and evacuation. Although not an exact science it starts to build up a picture over time of how this would work. It is also clear that a safety concept is venue specific and cannot be transferred to another festival or venue due to its idiosyncratic nature. Having said this, some generic points are transferrable in some cases but the specific elements do not provide such an easy fit.

Genuine benefit only comes with a true understanding of the scientific/human interface and without this, most technological deliveries in this area are doomed to failure or where they seem to work can be disproved by elements outside science.

Sometimes it takes a defining moment to make you think differently or change your perspective on a subject. The recent atrocities in Paris where the inherent vulnerability of the crowd at events was brought into sharp relief was one of these defining moments. The focus on the execution of a defender of the public (a gendarme) in the Charlie Hebdo massacre should have been warning enough that more was to come. However, our vulnerability and the psychological damage that the Bataclan massacre had on those attending or associated with the attacks could not have been calculated.

“Genuine benefit only comes with a true understanding of the scientific/human interface, and, without this, most technological deliveries in this area are doomed to failure”

Discussing accountability, competence and other changes in festivals and events since the Love Parade incident have helped us to review the unknown unknowns bringing together those peripheral to event delivery but central in the decision-making process such as local councils and the licensing authorities with those delivering the event. More and more across Europe these two segments are integrated, creating a common approach to event management.

This is not a case of being better qualified but being fit for purpose or having complementary skill sets to those in other positions in the event dynamic. There is not one qualification in the world that can substitute for experience and learning on the job no matter how much I had you believe this in my former life.

Now, more complex approaches in the search for the underlying distal effects that cause events to go wrong are being practised. This has been brought about by a resurgence of behaviours at events which mirror practices at Hillsborough, Heysel and many other disasters where the root cause seems to reside in a failure in the planning and preparation stages coupled with ‘memory loss’ in relation to the causal elements of such disasters. Recent issues at major events in Europe and the US send a chill down the spine as they reflect the same behaviours seen at Roskilde and Heysel, only this time 15–30 years later. Planning for the worst and hoping for the best is a laudable strategy and it focuses on the mitigation of as much risk as possible reducing the possibility of issues and providing contingencies. But in all cases this means everyone involved stepping up to the plate and being accountable for their own areas in a collective approach to the event. Without this, it just doesn’t work.

People are trying to come to terms with the new threats, and the work continually taking place in organisations to ensure that this happens brings us closer to being ready for the next unknown unknown. However, it is not about thinking outside the box but about seeking the box that we don’t yet know exists, to ensure that by doing so we are ready for new threats. Before Paris, who really dreamed that such an attack would ever happen and so many people would be damaged? It wasn’t that we were not ready; it was that the style and brutality of the attack did not enter the psyche of the rational human mind.

Get more comment like this in your inbox by signing up for IQ Index, IQ’s free email digest of essential live music industry news.