With the Zika virus widely blamed for the cancellation of the first Lollapalooza Colombia, IQ asks South American promoters if fears of the disease are hurting touring 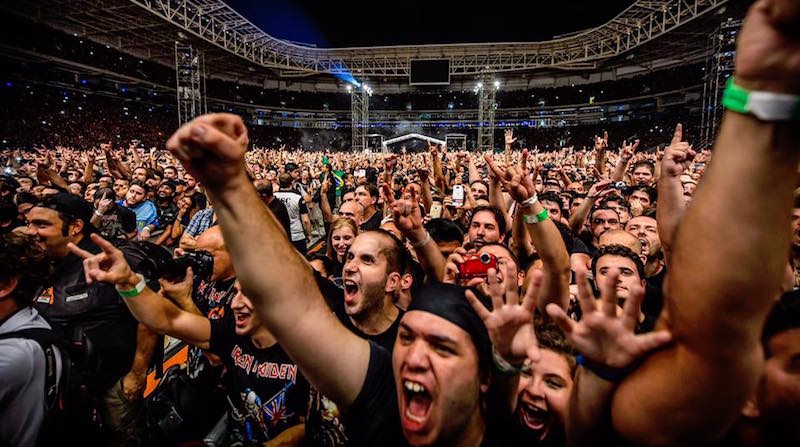 Earlier this week the promoters behind Lollapalooza Colombia, due to take place on 17 and 18 September at Simón Bolívar Park in Bogotá, announced the inaugural event would not go ahead, citing “major difficulties” in finding a replacement for a mystery high-profile headliner (shown simply as “?????” on the initial line-up poster) who could no longer play.

Initial reports, all derived from an unnamed source quoted by RCN Radio, suggested that headliner was Rihanna (although others have since claimed that she was never on the bill in the first place), and that she’d pulled out over fears about the Zika virus. The mosquito-borne disease, which can cause birth defects – especially microcephaly, or a smaller-than-normal head – in babies born to infected mothers, has been reported across the Americas but is most prevalent in South America, and in particular Brazil, where male athletes heading to the upcoming Rio Olympics are freezing their semen to avoid infecting their other halves with the virus. (Zika can stay in sperm for up to six months, says the CDC.)

Taking that into consideration, IQ spoke to South American promoters to find out what – if any – effect fears of the virus are having on their business and what they’re doing to counteract it.

Phil Rodriguez, CEO of São Paulo-headquartered Move Concerts, says his company, whose upcoming shows include South American dates by Fifth Harmony, Dream Theater, Maroon 5, Aerosmith and Travis, as well as new festival Maximus, “so far hasn’t had any pushback because of the Zika virus issue”.

“The reality is the vast majority of the outbreaks have been – sadly – in the poor areas of the country where the sanitation and sewage is not what it should be and folks live in very close proximity to each other,” he explains. “This creates a perfect storm for any mosquito-borne disease.”

He points out that the “peak of the outbreak was during the summer – rain and heat – and there will be a downturn now during the winter, which are drier and cooler months. You will notice the reported Zika cases are now popping up further north, where it is summer: the Caribbean, Florida, New Jersey, etc.”

DG Medios president Carlos Geniso downplayed suggestions that fear of the virus could hit the touring market in his part of South America. “In Chile we are in the middle of the winter,” he tells IQ. “There are no mosquitos in the cold weather”.

That’s not strictly true: in April – late autumn in Chile – the Chilean government discovered Zika-carrying mosquitos for first time in three decades, but Geniso emphasises that he has “no concerns”, and nor do the artists and agents with which he works.

Rodriguez says he’s only spoken to one agent hesitant about travelling to South America: “The only occasion was an inquiry from an agent I’m friends with who had an act going down for an event that we were not involved with,” he explains, “and wanted to know if it was OK for the wives and girlfriends to travel to Brazil with the act. They finally went, and nothing happened.”

Similarly, a spokeswoman for Foals’ Latin American agent, UTA’s Jeremy Norkin, says she doesn’t believe any special precautions are being taken ahead of the British band’s South American dates in October.

“We do have Zika in Colombia, but where Lollapalooza was is not a problem area”

Christian Krämer of CK Concerts, based in Medellín, Colombia, says he thinks the virus could have a negative effect on touring but expresses doubts about whether Zika was really to blame for the cancellation of Lolla Colombia. “We do have Zika in Colombia,” he explains, “but where Lollapalooza was [due to take place] is not a problem area.”

The virus struggles to survive over 2,000 metres (6,562 feet) above sea-level, he explains, and Bogotá stands at an altitude of 2,640m (8,300′). Even taking into account the altitude, Zika is only dangerous to pregnant women, he continues, so Rihanna wouldn’t have been at risk “unless she plans on getting pregnant in the next two months”.

On Lollapalooza, Rodriguez says: “I was very surprised it was called off. I don’t know why. One hears things, but it’s only speculation. I was surprised, as it is a very strong brand and is well run.”

With regards to feedback from agents and artists, Krämer says he hasn’t yet heard a “single doubt” about whether it’s safe to tour Zika hotspots. “It’s not even a question,” he concludes, highlighting recent CK shows in São Paulo and Rio de Janeiro by American power-metal band Kamelot as evidence that male acts, at least, “aren’t worried” about the disease.

So while Olympians continue to drop like flies – golfer Hideki Matsuyama followed Jason Day and Rory McIlroy out of the competition earlier this week – and the games go so far as to sign up an official bug spray sponsor, don’t expect to see musicians freezing their sperm any time soon.