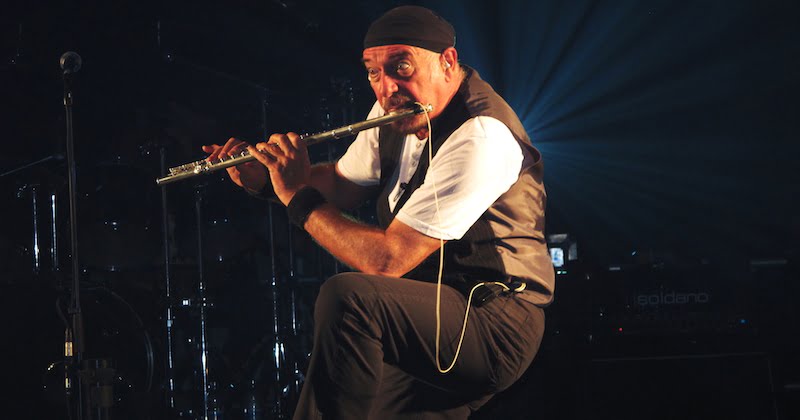 Ian Anderson was due to perform his new album, Homo Erraticus, before Ansbach Open was called off

Germany suffered its fourth violent terrorist attack in the space of a week last night, when a Syrian asylum-seeker blew himself up outside a music festival in Ansbach.

The 27-year-old man, who an interior ministry spokesman has confirmed was about to be deported to Bulgaria, killed himself and injured 12 others after detonating a bomb in a backpack stuffed with screws, nails and other metal parts at the entrance of the Ansbach Open festival. The bomber was earlier denied entry into the festival for not having a ticket.

Ansbach Open, which was due to run until tomorrow (26 July), was called off as a precaution, and around 2,500 people evacuated from the festival site. Ian Anderson of Jethro Tull was the scheduled Sunday night performer.

The bombing was the latest incident in a week of terror for Germany. On 18 July, an Afghan migrant injured five people with an axe on a train in Würzburg, which was followed by a shooting spree at a Munich shopping mall by a Munich-born Iranian-German teenager on 22 July, which left 10 dead, including the perpetrator.

Ansbach Open, which was due to run until tomorrow, was called off as a precaution and around 2,500 people evacuated from the festival site

Yesterday morning a Syrian refugee killed a pregnant woman with a machete outside a fast food restaurant in Reutlingen.

Bavarian interior minister Joachim Herrmann said “it’s very likely this was an Islamist suicide attack”, although state police have said the motive behind the attack is still unclear.

Some have sought to blame the recent attacks on chancellor Angela Merkel’s open-door immigration policy, under which around a million people – including the Ansbach attacker – have arrived in the country in the past year. Frank Decker, a political scientist at Bonn University, said that “in the minds of many people, his arrival is directly linked to Merkel and her liberal refugee policies”.