In this week's round-up: T in the Park "back on track", Annie Mac's mini-concerts, greenest-ever Mysteryland, Flash: Ah-ahh! Saviour of Leeds 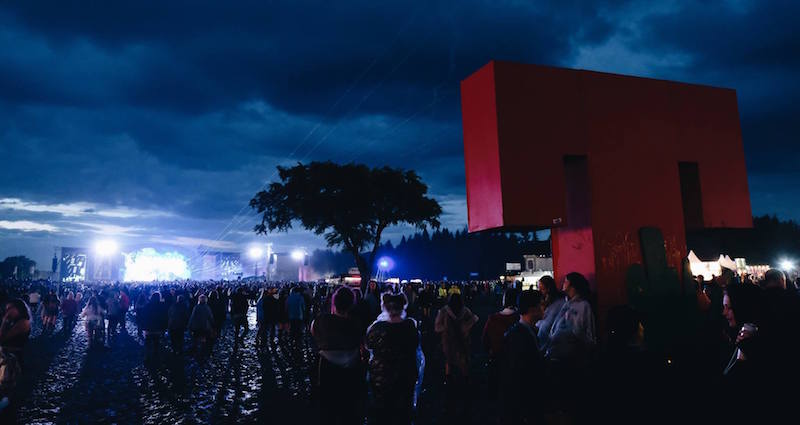 T in the Park (TITP) promoter DF Concerts is confident the Scottish festival is “back on track” following the first test last weekend of its highly publicised new configuration.

TITP underwent a process of transformation for 2016 under new festival director Melvin Benn, with a more spacious arena, a larger, better-stewarded campsite and improved transport infrastructure designed to eliminate the traffic congestion and violence that plagued last year’s event.

Paying tribute to the two people who died on Friday, festival director and DF Concerts CEO Geoff Ellis says: “We had a tragic start to the event, and our thoughts are still with the families and friends.

“Over the rest of the weekend the music has been incredible, with generations of musicians coming to Strathallan to perform. From emerging acts playing their hearts out on the T Break stage to veteran rockers belting out tunes we all know and love, T in the Park continues to bring the best acts in the world to Scotland.

“We valued every piece of feedback fans gave us in 2015 and this year we’re delighted that they’ve enjoyed the improved arena layout. I must extend a thanks to all of our multi-agency partners – Perth & Kinross Council, Transport Scotland, Police Scotland, NHS Tayside and the Scottish Ambulance Service – for their valued contribution to getting T in the Park back on track. Special thanks also to the local community for their support – we look forward to being good neighbours for years to come.”

Although a spokeswoman for TITP declined to provide IQ with an exact figure, she did reveal that the festival failed to sell out, despite a reduction in capacity of 15,000.

TITP didn’t have the only festival fatalities at the weekend: A man also died at Insomniac/Festival Republic’s Electric Daisy Carnival at the Milton Keynes Bowl (65,000-cap.) on Saturday.

“We were called to Milton Keynes Bowl at 1.23am on Sunday after reports that a man in his 20s had fallen ill,” said a Thames Valley Police spokesman in a statement. “The ambulance service was called to the scene but sadly the man was later pronounced dead.”

The spokesman added that the death was “not being treated as suspicious” and directed IQ to the coroner’s office for further information. (Nothing yet.)

BBC Radio 1 DJ Annie Mac has partnered with promoter London Warehouse Events for the launch of The AMP (Annie Mac Presents) All Day Raves, a series of ‘mini-festivals’ taking place in Birmingham, Leeds and London in September and October.

In addition to DJ sets by Mac herself, performers include Basement Jaxx (DJ set) and Eats Everything at Tobacco Dock in London on 1 October, Groove Armada (DJ set) at Canal Mills in Leeds on 25 September and everyone’s favourite fake pirate radio station, Kurupt FM (of People Just Do Nothing fame) at Rainbow Venues in Birmingham on 24 September. (Basement Jaxx photo by Tarquin Clark Photography.)

Reading and Leeds Festivals have revealed the artists and comedians appearing on the Alternative Stage at this year’s events.

Also on the bill are laugh-a-minute political commentator Owen Jones, who will slot into a kind of Jeremy Corbyn-at-Glastonbury role with his brand of left-wing politics, a Grandmaster Flash DJ set (at Leeds only – sorry, Reading) and indie club night Propaganda.

Mysteryland was 2015’s most energy-efficient festival, according to environmental charity Julie’s Bicycle.

The Dutch dance music event reduced its energy emissions by 28% per day compared to 2014 – and by 44% since 2011 – last year through, among other things, promoting car-sharing and the use of biodiesel, providing shuttle-buses for attendees and recycling and composting 7% of its waste, earning itself a four-star Creative Green assessment from Julie’s Bicycle.

The 2016 edition of Mysteryland is headlined by Afrojack, Diplo and Martin Garrix and takes place on 27 and 28 August. (Photo by Q-dance.)