In the week's round-up: Rihanna and Kendrick Lamar are Global Citizens, Brisbane's Bigsound makes it 150, Buckle Up for another country cancellation 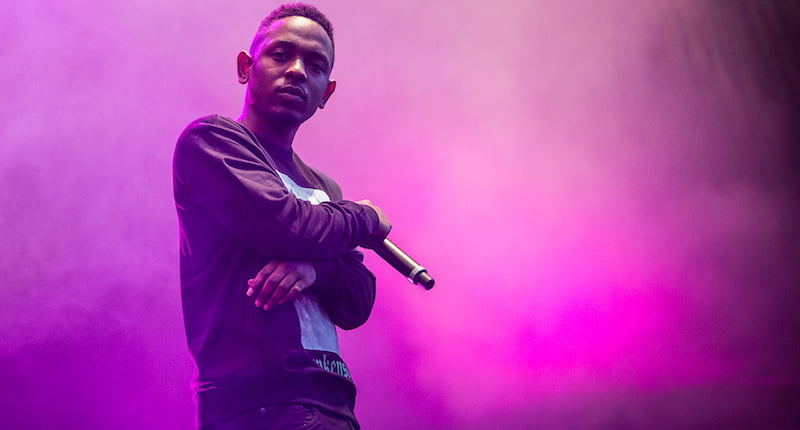 Rihanna, Kendrick Lamar, Selena Gomez, Major Lazer and Metallica are among the musical heavy-hitters confirmed for the fifth Global Citizen Festival this September.

The charity festival, the brainchild of humanitarian group Global Citizen, was co-founded in 2012 by filmmaker Ryan Gall and Poverty Project CEO Hugh Evans. Its nearly 50,000 tickets aren’t for sale, but instead can be won by promoting Global Citizen’s work (by signing petitions and contacting governments, companies and universities to advocate for the charity, for example).

“Over the last five years, Global Citizens around the world have taken more than six million actions in the fight against extreme poverty – actions that are set to affect the lives of over 650 million of the world’s most marginalised people,” says Evans. “This year’s festival, and this incredible lineup, is an annual touchpoint to hold our world leaders to account on their commitments to solve the world’s biggest problems.”

Haim have cancelled all their European festival dates this summer – including slots at Reading and Leeds, Way Out West, Tivoli, Øya, Frequency, Kraków, Zurich Openair and Electric Picnic – to finish their second album.

Writing on Twitter, the band said: “Hey guys, we’d hoped to be done with recording but as it turns out, we’re at a critical point of finishing up and need to stay close to home until it’s complete.” (Haim photo by Thomas Hawk.)

we are so sorry to announce we will not be coming to Europe this summer pic.twitter.com/ca9uWlOuj9

Australian showcase festival Bigsound today made its final line-up announcement, bringing the total number of acts to a biggest-ever 150.

The 15th edition of Bigsound, described by IQ in March as “the Eurosonic Noorderslag/The Great Escape/SxSW of the southern hemisphere”, will take place from 7 to 9 September in Brisbane. (Tkay Maidza photo by Kylie Keene.)

Another month, another country music festival cancellation in the US: Following Dega Jam, Big Barrel Fest, FarmBorough and Delaware Junction into the grave this week is Cincinnati’s Buckle Up, which cites “circumstances beyond our control” for calling off the event with less than two weeks to go.

Promoter PromoWest purchased Buckle Up (and sister rock festival Bunbury) after the first event in 2014 and announced the festival would take a one-year break in 2015 before moving to a new location the following year. Brad Paisley, Chase Rise and Tyler Farr were due to headline.

In news that should surprise absolutely no one, a festival advertised as being a celebration of “music, science and the exploration of space” and with a line-up featuring Jean-Michel Jarre, Underworld and both Brians (Eno and Cox) was blighted by “an almost constant smell” of cannabis.

Forty-six-year-old Lee Taylor says the last thing he expected to find at Bluedot, held last weekend at the Jodrell Bank observatory in Cheshire, an event “billed as being family-friendly”, was “people smoking cannabis and skunk”.

Taylor, who attended with his partner and six-year-old daughter, has become a minor internet sensation after telling the Manchester Evening News: “I’m not stupid and could tell the smell a mile off. It wasn’t just one or two people either.

“When we informed [staff] they just asked them to stop. But many of them just ignored them or became a bit more discreet. It’s just really disappointing. At the end of the day it’s illegal.” Quite. (Photos: Air [top] and Underworld at Bluedot 2016, courtesy of Bluedot.)

Finally, other things you may have missed since last week’s FF (that’s Festival Focus, not the Fantastic Four) include Vivendi helping to fund 10 French fests, a virtual-reality film of Wacken Open Air, the best ever Splendour in Nottingham and a remarkably forward-thinking move from Secret Garden Party and Cambridgeshire police to introduce pill testing at last weekend’s festival.