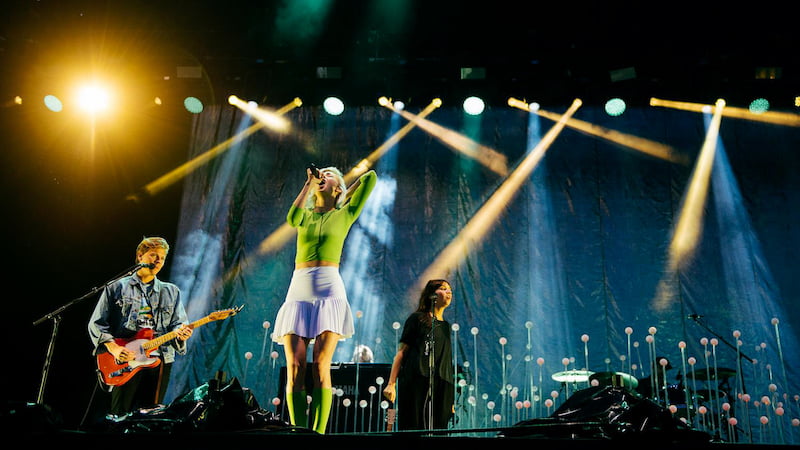 It emerged today that Putte i Parken wasn’t the only Swedish festival to be marred by multiple sexual assaults last weekend: there were also five rapes reported at Bråvalla, the FKP Scorpio event held on a former air base near Norrköping.

Niklas Westergren of FKP Scorpio Sweden called the attacks “terrible” and said the promoter “weeps” for the victims. “It’s hopeless that [attacks like these] occur in a modern society,” he told Aftonbladet. “This extends beyond festivals – it’s a social problem, and will remain so until people stop taking [what] is not theirs [and] violating other people’s spaces and bodies.”

Writing on their Facebook page, Thursday night headliners Mumford & Sons said: “We’re appalled to hear what happened at the Bråvalla Festival last weekend. Festivals are a celebration of music and people, a place to let go and feel safe doing so. We’re gutted by these hideous reports.

“We won’t play at this festival again until we’ve had assurances from the police and organisers that they’re doing something to combat what appears to be a disgustingly high rate of reported sexual violence.

FKP Scorpio CEO Folkert Koopmans has since responded, telling IQ the five assaults weren’t in fact rape but reiterating his commitment to ensuring the safety of all festivalgoers.

And now, back to our regularly scheduled programming…

An excited Rob da Bank says: “We love a big finale at Bestival; we also love hip hop and dancehall, and a massive soundsystem superclash between Wiz Khalifa and Sean Paul seems like a solid plan to close off another big weekend of music of raving, partying and expanding your minds at Bestival. Pull up!”

Glass Animals and Crystal Fighters are also newly confirmed for the festival, which will take place from 8 to 11 September at the 88-acre Robin Hill Country Park on the Isle of Wight. (Wiz Khali photo by Andra Mihali.)

Independent Texan festival Oaktopia has announced a new batch of performers, including a second headliner in the form of indie-folk act Beirut.

Other new additions include singer-songwriters Cat Power and Pete Yorn, rapper OT Genasis and Erykah Badu as her turntablist alter ego, DJ Lo Down Loretta Brown. All will perform in venues in Denton (pop. 113,383) city centre between 22 and 24 September. (Beirut photo by Rodrigo Esper.)

On the back of their well-received Sunday afternoon ‘legends’ slot at Glastonbury Festival last month, Jeff Lynne’s ELO [not the Electric Light Orchestra – legal ed.] have announced a headline show at Wembley Stadium next July.

Promoted by Live Nation UK, tickets are on sale now, starting at around £40. (Jeff Lynne photo by Paul Carless.)

It was the second line-up in announcement in as many weeks for Gibraltar Music Festival on Friday as it announced five new names.

A sister event to London’s OnBlackheath, the one-day family music and food festival will take place in Roundhay Park, Leeds, on Saturday 17 September.

Goldsmith says the new event will “follow the same format as OnBlackheath, with fantastic music, great curated food and lots of activities for kids of all ages” and thanks Leeds City Council for “their help in making OnRoundhay happen”. (Wolf Alice photo by Brendan T. Lynch.)