In this week's round-up: Jones in for missing MIA, more surprise Sheeran, visa woes for Skepta, no BYOB at Rhythm and Vines 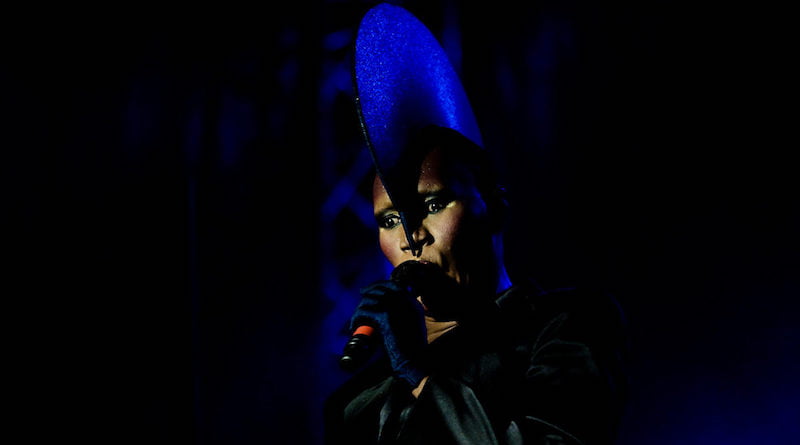 Grace Jones has been announced as the new headliner for the first Afropunk Fest London following the festival’s decision to drop MIA for criticising the Black Lives Matter protest movement.

The festival – the inaugural London edition of an event held in Brooklyn since 2005 and Paris since 2015 – said yesterday that “after discussing the situation with the artist and the community, a decision was agreed upon by all involved that MIA will no longer headline Afropunk London”.

In an interview with the Evening Standard in April, MIA (Mathangi Arulpragasam to her mum) called for Black Lives Matter supporters Beyoncé and Kendrick Lamar to highlight issues facing Syrians as well as black Americans.

Skepta will miss his second US festival of 2016 after once again failing to secure an American visa.

Chicago rapper Joey Purp will take the British grime artist’s place on the Perry’s stage at Lollapalooza next weekend.

Skepta, who has yet to comment, was forced to miss Coachella in April after he was denied entry to the US. (Joey Purp photo by acityinthemidwest.)

Due to ongoing Visa issues, Skepta will not perform at Lollapalooza this year. Joey Purp will perform on Perry's at 2:30, Friday of #Lolla.

Sheeran played a full had a full 75-minute surprise show at the Festival Republic event’s Sunrise Arena in 2015.

Latitude 2016 was headlined by Maccabees, The National and Joy Division alumni New Order, who closed the festival with signature song ‘Love Will Tear Us Apart’.

Katie Bermudez and Alex Haynes, the two people who lost their lives at Sunset Music Festival (SMF) in Tampa in May, overdosed on MDMA, it has been confirmed.

Following a postmortem examination, the Hillsborough Medical Examiner ruled the two deaths to be the result of “ecstasy abuse”. A spokesman for Tampa’s St Joseph’s Hospital said at the time the number of admissions of those suffering from adverse effects of drugs at the EDM event was “frightening”.

Reverend and the Makers will headline the sixth Chase Park Festival on 6 August. Billed as “Britain’s most inclusive festival”, Chase Park was founded by disabled student Paul Belk and is held in an accessible venue, Chase Park Neuro Centre, in Newcastle in the north-east of England.

Belk describes the line-up as “our strongest yet”, with a “real mix of established and emerging bands different styles of music”.

The festival was the first outdoor event to be awarded silver status by accessibility charity Attitude is Everything, which earlier this month revealed that the number of deaf and disabled fans attending live music events increased by over a quarter last year. (Jon McClure/Reverend and The Makers photo by Christophe Losberger/www.daily-rock.com.)

And New Zealand’s Rhythm and Vines festival has declared it is to do away with bring-your-own (BYO) alcohol for this year on the advice of police and the local council.

The Gisborne festival, now in its 14th year, was  in 2014 was the site of a riot that left 83 injured, although police made just four arrests last year, despite “high levels of drunkenness”.

A line-up announcement is expected next month. Last year’s event was headlined Mac Miller, Nero and Angus and Julia Stone. (Nero photo by maxxcinema on Instagram.)