325,000 ticketholders and close to 400,000 people in total attended AEG UK's flagship festival at the "best outdoor venue in the world" 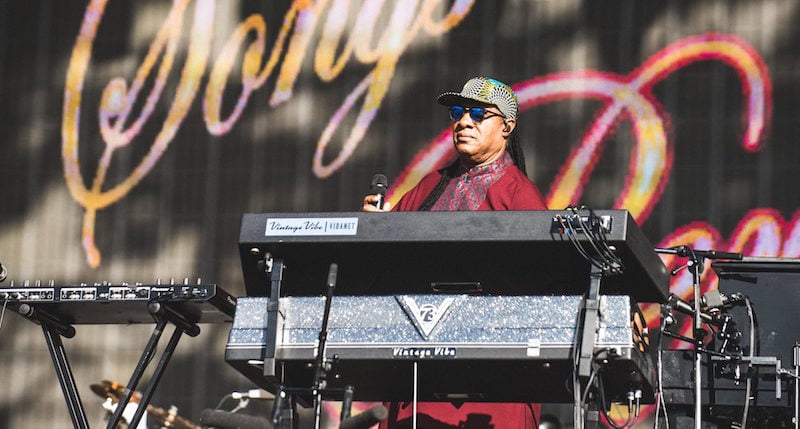 AEG Live is celebrating its most successful British Summer Time to date, with over 385,000 people attending its flagship Hyde Park event from 1 to 10 July.

In addition to much-publicised headline shows on two consecutive weekends by Massive Attack (Friday 1 July), Florence + the Machine and Kendrick Lamar (2 July), Carole King (3 July), Mumford & Sons (Friday 8 July), Take That (9 July) and Stevie Wonder (10 July) – for which AEG sold 325,000 tickets, with five of the six sold out – the festival site also attracted a “decent-sized audience” during the week, says Chapple, with visitors “coming on site free of charge to watch Wimbledon and enjoy the cinema, badminton, food and bars”.

This year’s line-up was notably heritage-heavy – The Who were the only headliner the wrong side of 50 last year – and Massive Attack, King (playing Tapestry in full for the first time) and Wonder’s performances probably racked up the most column inches (The Huffington Post’s Charles Donovan called King’s performance “balm to a wounded city”). Was that a conscious decision, especially in the wake of the response to Desert Trip, which has earned AEG subsidiary Goldenvoice close to $US150 million?

No, says festival director Jim King: “We have always looked to have a balanced line-up across all genres and demographics, and I think this year was no different to many other years,” he tells IQ. “Although the response to both Carole King and Stevie Wonder was phenomenal. They were one-off, amazing events that captured the imagination, and were both incredibly successful.”

“AEG has always been about creating the best, and if that means investing a lot of money to deliver great facilities that’s what we will do”

Of his festival highlights, King says there are “too many to mention, but seeing Stevie Wonder give his opening speech, which was later reported around the world, was very emotional. To hear him say how sad he was that Songs in the Key of Life was still relevant today some 40 years later was very emotional, and at the same time his inspirational speech about choosing love over hate was very uplifting.”

With AEG in Hyde Park until at least 2019, King highlights the promoter’s investment in artists and facilities as being key to BST’s continued growth and enabling it to succeed. “We deliver events that we want to be proud of,” he says.

“AEG has always been about creating the best, and if that means investing a lot of money to deliver great facilities to give fans and artists the best possible experience then that’s what we will do. Hyde Park is, for me, the best outdoor venue in the world and deserves to be treated as such.”