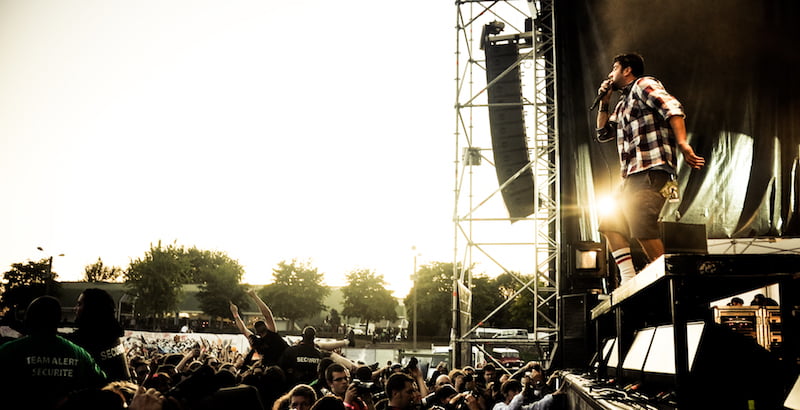 Several European festivals are facing the prospect of paying multiple licensees this summer, caught in the middle between a growing number of headliners directly licensing their performance rights and local performance rights organisations (PROs) that only offer a one-stop blanket licence.

The situation follows a report by IQ in issue #64 that many European PROs (including SACEM in France, SGAE in Spain, GEMA in Germany and SUISA in Switzerland) rebate promoters up to 45% of performance royalties – money meant for songwriters, composers and publishers – for reasons including prompt payment, submitting setlists or being a member of a trade association.

With a number of headliners turning their backs on PROs to collect their performance royalties directly – and asking for a greater share of the festival’s performance royalty payment in the process – some believe the situation could have huge implications for festival promoters worldwide.

Adam Elfin of PACE Rights Management, which administers direct licensing on behalf of artists, and counts among its clients Deftones, Fink and Mark Knopfler, says he is in negotiations with “between 30 and 40” managers, as well as an accountancy firm that represents 140 artists and “wants to use [us] for all of them”.

“If you look at the larger festivals, 20% of the acts on the main stage might be directly licensing by next year,” Elfin predicts. “It could be more.”

The move to direct licensing is seeing artists further up festival bills arguing for a greater proportion of the festival’s performance royalty payment based on their fee versus the typical percentage of gross receipts collected by the PRO, but is primarily driven by writers and publishers who “don’t want to suffer from promoter kickbacks or PRO deductions, and want to receive the money faster and more transparently”, says Elfin.

In practice, this development is seeing some promoters having signed up to a blanket licence with their local PRO for performing rights at their festival this summer, only to discover that those licences are not inclusive of all rights.

“If you look at the larger festivals, 20% of the acts on the main stage might be direct licensing by next year”

Mads Sørensen, CEO of Copenhagen-based promotion/booking outfit Beatbox, which is involved in Tinderbox, Grimfest and Northside, says one band who played a Beatbox festival this year are direct licensing.

He says Beatbox isn’t “paying twice” and is currently in negotiations with Danish PRO Koda to discuss how the band is going to be paid. “It’s the first time this has happened,” he tells IQ, “so I’m speaking to the collection society…

“Festivals are already paying top dollar for our acts. Of course we have to respect [public performance rights], but it shouldn’t mean the promoter has to pick up the bill.”

“It all springs from the Dutch case,” he explains, referring to the initial revelations about rebates given by Buma/Stemra to promoters in the Netherlands, which first surfaced in mid-2010. However, Sørensen adds that to his knowledge nothing similar is happening in Denmark.

Ewald Tatar of Barracuda Music, the promoter behind Austrian festival Nova Rock, says it has also had one act opt to bypass collection societies in favour of direct licensing this year.

Tatar speaks of the “need to find a solution” – and notes that Barracuda already pays Autoren, Komponisten und Musikverleger (AKM) – but won’t be drawn on whether Barracuda will, like Beatbox in Denmark, take up the issue with the Austrian collection society. “We’re having lots of meetings regarding this matter,” he tells IQ. “It’s a new situation, so we need to check everything [first]…”

“Of course we have to respect public performance rights, but it shouldn’t mean the promoter has to pick up the bill”

He does, however, agree with Sørensen that it’s not an issue that’s going away any time soon, stating that he “expect[s] more bands to do it” (license directly) in the years to come.

Mojo Concerts’ Eric van Eerdenburg, festival director of A Campingflight to Lowlands Paradise (Lowlands), says he knows of the “same two or three artists” who handle their own performance royalties (Rammstein are one, he reveals) but that no one has gone the direct licensing route for Lowlands 2016.

If, as Elfin forecasts, that changes next year, “we would take it up with Buma/Stemra”, says van Eerdenburg, which “would have to work out a settlement” that doesn’t leave Mojo out of pocket. Alternatively, he suggests, “we’d make a deal inclusive of all performance rights” – or, failing that, “we’d say, ‘You can’t do this [collect your own royalties] at our festival'”.

“It would be too complicated,” he explains. “If you have lots of stages, lots of acts, how are you going to calculate the amount due to each artist?”

Folkert Koopmans of European festival heavyweight FKP Scorpio (Hurricane, Southside, Highfield) says his events have been unaffected, but, “If it comes to that point [with a significant minority of bands direct licensing], we will surely have a conversation with GEMA. But we’ll cross that bridge when we come to it.”

Elfin says his message to festival promoters worried about the rise of direct licensing is that it’s better to have the issue out in the open now before it takes off in a big way. Leaving promoters out of pocket “is not something we want or that should happen”, he says, but adds that it’s “beneficial that we’re having this conversation now, because if they weren’t aware of this [direct licensing] and they proceeded with their deals for next year with local PROs, the impact will be massively different.

“We absolutely feel for promoters, because we don’t want them to pay more. That’s not why we’re doing this”

When asked by IQ if the responsibility for the lack of awareness lies with the collection societies, Elfin says “absolutely” and asks why, when “it was a requirement of the 1997 MMC [Monopolies and Mergers Commission] findings into the PRS that they publicise the fact that people can direct-license and can reassign their rights, we’re only just discovering this [now]”.

He adds that existing public performance licensing deals between festivals and PROs have “got to change”.

Iain Black, senior international manager for PRS for Music, says the society last year received three requests from writers and publish to license concerts directly, noting that “this isn’t an unusual figure as, on average, PRS receives three to four requests of this nature per year”.

“If members are interested in exploring the option of direct licensing, we are entirely flexible and openly invite them to contact us,” he continues. “We can arrange a conversation with our UK and international concert specialists, who can answer any questions and discuss possible options.”

While it remains to be seen whether Elfin’s bold predictions come to pass, it’s clear that any significant growth in the number of main-stage acts deserting their local PROs next festival season could have major repercussions for the bottom lines of promoters across the world.