Bolstered by record levels of security, French concertgoers are leading a "cultural resistance" against the shadow of terror 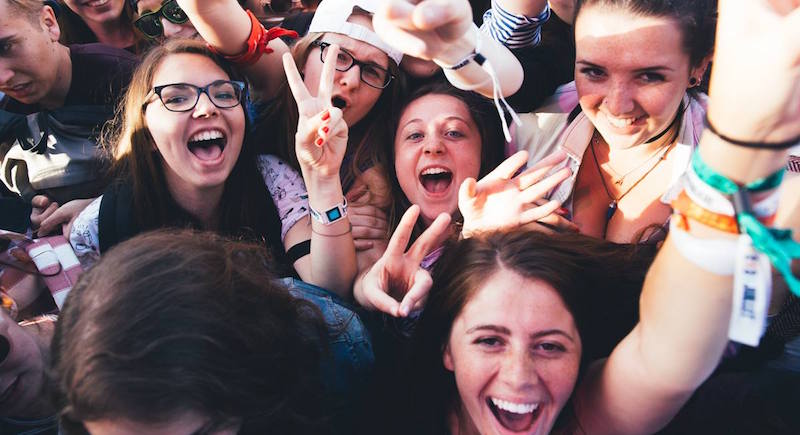 French industry figures are sanguine about the prospects for the live market following last Thursday’s deadly terror attack in Nice, France’s seventh in the space of 18 months.

Despite the French national security alert system, Vigipirate, having remained at scarlet (its maximum level, indicating a ‘definite threat’ of an attack) since January, and the National Assembly voting yesterday to extend the state of emergency – introduced after the Bataclan attacks in November – for a further six months, several promoters have told IQ that, far from hurting ticket sales, this summer has seen one of the best healthiest festival seasons in living memory.

Armel Campagna, head of festivals at Live Nation France, says that although it’s obviously “not an easy situation”, the promoter’s two most recent events – Download in Paris and Main Square in Arras, the latter of which sold its entire inventory of 120,000 tickets – “went down pretty well” as “everyone [still] wants to go out and party”, adding that business “doesn’t look like it’s going to slow down in the next month”.

Similar to Eagles of Death Metal’s triumphant return to the Bataclan in February, Campagna says many performers at both festivals were “showing off way more than they usually do” in an effort to console grieving French fans. “They thought that France needs it,” he adds.

Aline Renet, director of communications at industry association Prodiss, which represents over 350 promoters, festivals, venues and broadcasters nationwide, tells IQ that “what’s interesting” in the current environment is that “all major festivals [so far this summer] have increased their attendances”. (As an example, Renet gives Vieilles Charrues in Carhaix, which began on 14 July – the day of the attack in Nice – and increased ticket sales to over 200,000.)

There were some cancellations following the attack – Live Nation’s Rihanna show at the Allianz Riviera in Nice was called off by the mayor, and the Nice Jazz Festival did not go ahead – but Renet compares the situation to that of Paris following the Bataclan attack: several shows were called off in the immediate aftermath, but the club scene has since “slowly stabilised”.

“It’s not deterring people from going to concerts and festivals,” she says.

One thing that has helped to keep attendance high is visibly increased security, adds Renet. While she doesn’t believe promoters are especially thrilled to be taking a financial hit on metal detectors and extra security staff, they have “no choice,” she says. “It’s the way it is now, so you have to adapt.”

As for the concertgoing public, they’re, on the whole, “positive and helpful” and accepting of “having to wait a little bit [at the door] or get to the event earlier”, says Renet. “The French are not very good with this sort of thing, but it’s become very automatic,” she explains. “You [get used to] showing your bag – not just at festivals or concerts, but at most major shops in Paris, too.”

Live Nation has faced an increased security bill for its French events this year, but Campagna emphasises that “business is not the most important thing” when it comes to concertgoers’ safety. “We’re never going to be able go back to the situation prior to 2015,” he adds. Are the fans grateful, IQ wonders?

Yes, says Campagna: “People were actually cheering on the police at the Arras site!

“We can’t do what’s expected of us: to get disconnected and stop doing stuff and hating each other. If we stop, they win”

“We’ve got way more control at the entrances – don’t arrive 30 minutes before the show or you won’t see it! – but people don’t mind the security, as once they’re inside they feel safe and can relax.”

As the state of emergency drags on, one thing that could change, says Campagna, is that live events are likely to be slower to sell out. “[The security situation] is not going to help us sell out our events faster,” he explains. “People will wait longer with festivals to be really assured, security-wise – but they’ll still go.”

While larger events are unlikely to suffer, Campagna believes promoters may also be more reluctant to take a chance on emerging acts. “It could become more difficult for new talent and showcase events,” he comments. “It’s harder to convince people to go and see a guy charging €10 on the door [than it is an established artist].”

In the face of terrorism, Renet says it’s crucial that the industry as a whole, both in France and elsewhere in the world, carries on as normal. “It’s important that culture resists,” she comments. “I’m not sure people going to gigs feel like they’re resisting, but they are.”

“We can’t do what’s expected of us: to get disconnected and stop doing stuff and hating each other,” agrees Campagna. “If we stop, they win. Sometimes I think we don’t realise how important these events are.”