The festival, shut down with just hours to spare, disputes official claims it didn't have the necessary permits but stops short of blaming the government 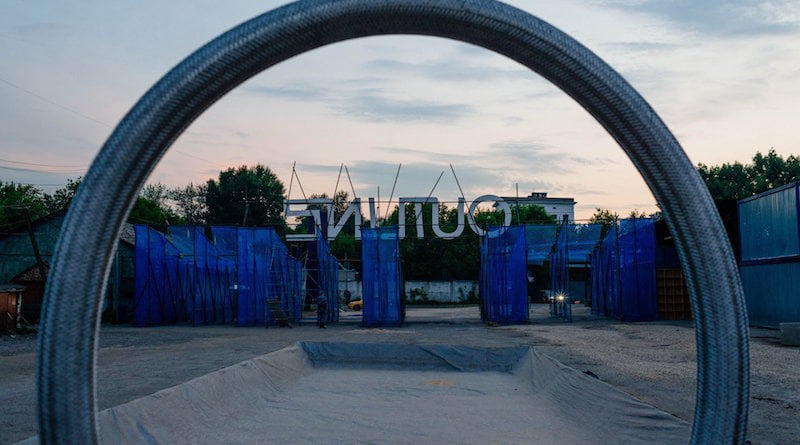 An empty festival site on 2 July

Moscow electronic music festival Outline – which was shut down by Russian police, citing a lack of proper permits, last weekend just hours before gates were due to open – has released a statement challenging the official version of events.

Yelena Rossokhina, a spokeswoman for the Moscow district attorney, said at the time the festival had failed to meet requirements regarding permits and fire safety, but promoters insist that wasn’t the case, stating that Outline had filed all necessary paperwork “well in advance” and that “all communication with city officials was properly scheduled and executed”.

The festival was to have been held at the disused MoZAL factory on 2 and 3 July and include music from The Residents, Ricardo Villalobos, Magda, Mathew Jonson and Veronica Vasicka. Around 10,000 people had tickets.

Kubana Festival promoter Ilya Ostrovsky, whose event – Russia’s largest outdoor rock festival – was also cancelled at the last minute in 2015, is one of many people who believe the decision to scrap Outline had political motives. “Here, many officials see such festivals as ‘strange dancing by strange people’,” he tells The Moscow Times. “If the authorities understood the value of such events for the city’s image and for the country, you wouldn’t get situations like this.”

“The safety of Outline Festival’s audience, artists, and crew was never compromised in any way. All recommendations were reviewed and carefully implemented”

Outline’s statement is below:

“First of all we are deeply grateful to all artists and festival guests who have been affected by the situation, and who have supported us. We greatly appreciate the help of the international community and feel much stronger knowing that many people all over the world are rooting for us and our future.

“Outline 2016 was the biggest event that our team had ever produced, therefore we were focused with maximum attention to detail on every aspect of the workflow. This includes the paperwork for the festival, which was filed well in advance. All communication with city officials was properly scheduled and executed.

“More specifically, we would like to address the copy of the document that was leaked the day after the cancellation [which appeared to show that Outline hadn’t filed in time]. This single document belongs to a series of documents which were exchanged with city officials. The safety of Outline Festival’s audience, artists, and crew was never compromised in any way. In fact, all recommendations we received from the Ministry of Emergency Situations during the preliminary inspection were reviewed and carefully implemented. On Saturday, July 2nd, at 5 PM, we received the notice from the Prefecture of Moscow informing us that Outline 2016 would not be allowed to take place.

“After formally announcing the cancellation to the public, the team completely focused on the artists who had already arrived in Moscow. We managed to arranged several shows, biggest of them with a great deal of support from Moscow’s Department of Culture in the popular public park Museon and hopefully showed the true spirit of Outline Festival to the general public. As it was announced earlier, Outline Festival will return all funds from ticket sales to its customers. The process has already started and is under control by our team. The latest update to this statement is good news. At the moment we are in a frank and constructive dialogue with a Prefecture of Moscow regarding Outline 2017.”