Collin Burns, 20, was found buried up to his waist in mud after disappearing on the final day of the Pennsylvania festival 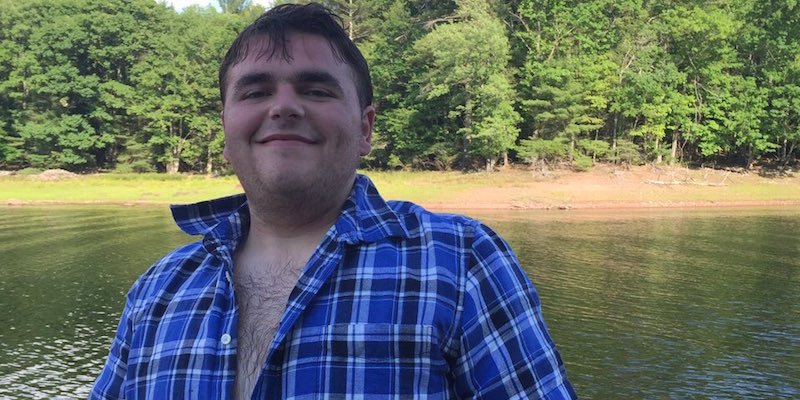 A New Jersey man has been found alive after disappearing at Camp Bisco festival in Scranton, Pennsylvania, last weekend.

Twenty-year-old Collin Burns (pictured) – who was last seen on Sunday “wearing yellow shorts, no shirt and no shoes”, says Scranton police – was pulled from a swamp by the Scranton fire brigade at around 16.30 yesterday afternoon. Burns was buried up to his waist in mud, but was alert and is now recovering at a local hospital.

The fire brigade hasn’t disclosed how Burns ended up in the swamp.