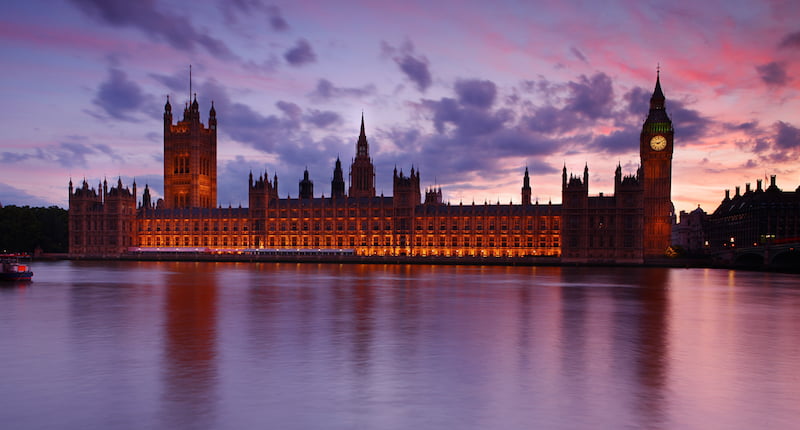 Michael Waterson presented the report in Parliament at 10am today

The much-anticipated independent review of the UK’s secondary ticketing market, commissioned by the British government in October 2015 and released this morning, has divided industry figures with its call for greater enforcement of the Consumer Rights Act (CRA) but no recommendation of new legislation.

The 227-page Independent Review of Consumer Protection Measures concerning Online Secondary Ticketing Facilities, overseen by economist Professor Michael Waterson, rejected calls for an outright ban on touting or cap on resale prices. “The history of price caps in others spheres is not a propitious one, particularly where the set of sellers is not well defined; people find their way around them,” he wrote. “There is a question of who would enforce the cap and what resources they would employ. Merely declaring there to be a cap is not sufficient.”

It included eight main recommendations for the regulation of ticket resale:

“Prof Waterson has clearly recognised long-term failings in the secondary market and makes nine pragmatic recommendations that, if implemented, will help reform the market

“Professor Waterson has clearly recognised long-term failings [in the secondary market] and makes nine pragmatic recommendations that, if implemented, will help reform the market. We believe that fans should be given every opportunity to buy and exchange tickets at the price they were intended – not see them used as collateral to boost the profits of scalpers.

“The music business has a significant role to play in driving change, and we are committed to work with partners to promote pro-consumer practices and technologies.

“However, we also reiterate Professor Waterson’s call for government to act and for secondary ticketing services to follow the law. Above all, we need a Consumer Rights Act that is fit for purpose, and to have the law on ticket resales enforced by Trading Standards.

“UK audiences deserve clarity and fairness, not a dysfunctional and under-regulated secondary ticketing market that causes untold harm to our world-beating creative and cultural sector.”

Stuart Galbraith, founder and CEO of London-based promoter Kilimanjaro Live, tells IQ that while be believes “Professor Waterson has done a very good job in assessing what the state of the market is”, he is “bitterly disappointed that [Waterson] has come to the conclusion that the consumer doesn’t need protection in the form of legislation”.

“I’m very pleased to see that he’s highlighted that the CRA is being blatantly flouted, and that secondary ticketers are breaking the law with impunity,” he says, “but the overall conclusion of the report is that the industry needs to self-regulate, which is what we’ve been told for over a decade, and for over a decade we’ve seen customers being ripped off.”

Galbraith, who supports the criminalisation of touting, adds that Prof Waterson’s recommendations would be “fine if the government will provide funding, but that law [the CRA] is already there and it’s not being implemented”.

“The ideal policy is that resale wouldn’t be allowed, but that is predicated on the position that the ticket is a contract between the service provide and the customer, not a good or a thing”

Anton Lockwood, promotions director of DHP Family, “cautiously welcomes” the report “but would like to see how [the recommendations] will work in practice”.

“The biggest thing it’s missing,” he says, “is that nowhere that I can see has Professor Waterson addressed the question of, ‘What is a ticket?’

“The ideal policy is that resale wouldn’t be allowed, but that is predicated on the position that the ticket is a contract between the service provider, the concert provider, and the customer – and you can’t just go, ‘Well, it’s not that customer, it’s a different one.’ It’s like an airline: you can’t just say, ‘I can’t be bothered to get on a plane today, my mate can go instead.’ It just doesn’t work like that.”

He concludes: “In an ideal world [touting] would be banned but, realistically, it’s not going to happen, and I think the fact that Prof Waterson hasn’t gone anywhere near it puts that idea to bed. So now it’s more about how we can use technology to solve the problem [within the framework of the CRA] and how it’s going to be funded to be able to do that.”

With no legislation forthcoming, StubHub UK was, unsurprisingly, pleased with the professor’s findings. In a statement, a spokesman for the eBay-owned company said: “We welcome Professor Waterson’s recognition of the benefits for consumers from the secondary market and his decision to reject further legislation at this stage, including price caps and any general resale bans or bans for ‘crown jewel’ events. We also welcome the suggested action on bots and the other measures which are directed towards the primary market.

“But we are concerned that there are still insufficient legal safeguards to stop event organisers using row and seat number details to cancel without compensation tickets offered for resale.  Transparency should not come at the expense of people’s right to resell their tickets.”

Jonathan Brown, chief executive of self-regulating UK ticketing body the Society of Ticket Agents and Retailers (STAR), says he “welcomes and supports these efforts to safeguard the future of this hugely important industry” and recommends that “the most effective way to achieve improvements” in the sector is “to extend [STAR’s] current Code of Practice to encompass resale”.

“Secondary sites must take this opportunity to show they are willing to take action, otherwise people will be looking to the government to step in”

Alex Neill, director of policy and campaigns for Which?, which earlier this week reported on the large numbers of tickets being resold in breach of the CRA, comments: “Our research found extensive examples of tickets being sold unlawfully, so it’s right that secondary ticketing sites have clearly been told they are responsible for complying with the law. The government and Trading Standards must now ensure they can take strong action to punish any sites found breaking the rules.

“Fans are rightly frustrated when they see tickets being sold on the secondary market at hugely inflated prices, particularly when they are being sold on an industrial scale, so it’s good to see that the review has acknowledged there is much more the industry needs to do to combat this problem. They must take this opportunity to show they are willing to take action, otherwise people will be looking to the government to step in.”

The CEO of independent British ticket agency WeGotTickets, Dave Newton, praises the report but notes that he would have like to have seen a recommendation for standardised ticket formats.

“One big step forward would be to standardise, or at least open up, the format of a ‘ticket’ so that redemption/entry systems could be installed across all venues in the UK that are not dependent on the primary ticket seller,” he says. “WeGotTickets would have liked to see this recommendation in the report but are still hopeful that this is something that could come as a result of the recommendation that ‘the Government assists the primary ticket industry as a whole to form a project group to examine and standardise’.”

A statement from ‘fair-to-fan’ ticket exchange Twickets, which only allows sales for face value or less, echoes that it would like to have seen stronger recommendations from Prof Waterson – namely an outright ban on for-profit resale – but nevertheless says it is “delighted to see Professor Waterson’s report address our recent parliamentary petition […] calling for greater protection against touts in the UK”.

“Ideally, we would like to have seen the report go further to protect fans,” comments founder Richard Davies. “It acknowledges that profiteering prevents consumers securing a ticket, yet calls for evidence of manipulation before recommending a price-cap.

“The report further blames event organisers for creating the conditions for the secondary one, but doesn’t consider that they are seeking to make music, arts and sports events affordable.

“In our view the only way fans can be properly protected is through a blanket ban on resale for profit – as has been implemented in other markets around the world, and was successfully achieved for London 2012 [Olympics].”

Stuart Cain, managing director of the NEC Group’s in-house ticketer, The Ticket Factory, which lobbied for a price cap or outright ban on resale and has a partnership with Twickets, calls the report “another wet squib and a kick in the teeth for artists and true music fans” and questions how the recommendations could work “when one of the world’s biggest primary ticket agents [Ticketmaster] owns one of the world’s biggest secondary sites [Seatwave]”.

“The government should be promoting ways of working with the industry to address touting and cybercrime and helping the whole industry to do this,” he says. “Funny that it set up task forces to manage touting for the Olympics when the eyes of the world were watching and it was a big political game, but doesn’t seem to want to play when their reputation is not at risk.”

This article will be updated with more reactions from industry figures as we receive them.