Boosted by government support and increased investor confidence, 2016 looks to be the year London's struggling small venues start to see a change in their fortunes 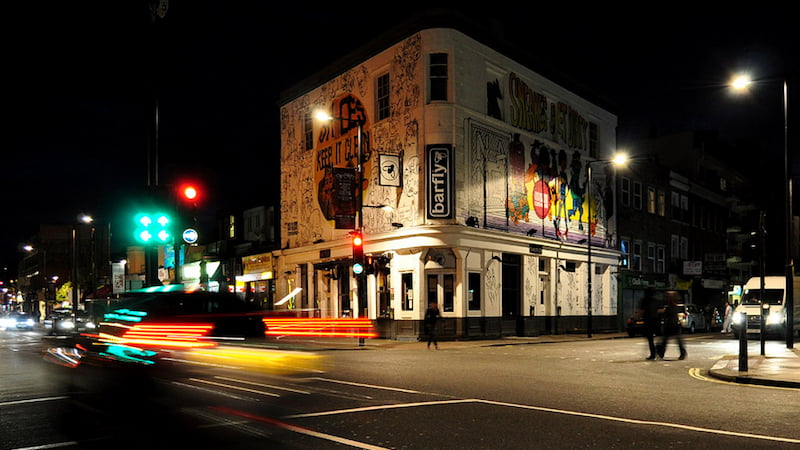 The Barfly in Camden, which will reopen after refurbishment as The Camden Assembly

At least four new music venues will open in London in 2016, IQ has learnt, as the capital begins to stem the decline that has long characterised its grassroots music scene.

Following the news last week that Nottingham-based DHP Family had acquired ex-MAMA venues The Borderline (cap. 300) in Soho and The Garage (cap. 600) in Highbury, and with some of the Capital’s most established grassroots sites being renovated and relaunched, the tide appears to be turning for London’s live music circuit.

Steve Ball’s Columbo Group, which bought Camden venue The Jazz Café (cap. 420) in January, will also be relaunching its May acquisition, The Barfly (cap. 200), as The Camden Assembly over the coming months.

And speaking to IQ, Mark Davyd, founder and CEO of the Music Venue Trust (MVT), says he knows of four brand-new venues opening their doors in the year, with another three “likely” to follow suit before the end of the year. He also revealed that MVT is in discussions with “two or three” other new developments about the possibility of including music venues in their plans.

The past 18 months have undoubtedly seen what Davyd calls a “substantial change” in attitudes towards London’s music venues. Somewhere between the launch of MVT in late 2014 – when it was estimated some 40% of London venues had closed in the 10 years since 2004 – to incoming mayor Sadiq Khan promising last month the arts would be “a core priority for my administration, right up there with housing, the environment and security”, local authorities finally appear to have got the memo: that if the UK wants to retain its world-leading music industry, up-and-coming acts have to have somewhere to play.

“If the message coming from City Hall is, ‘We’re not prepared to see music venues closing’, you’d be surprised the impact it has”

“I think people now accept that every single venue that closes in London is damaging to the whole raft of all of them,” says Davyd. “Each one has come under much more scrutiny.”

“The report [London’s Grassroots Music Venues Rescue Plan] that was launched at Venues Day last year, written by Mark Davyd, Paul Broadhurst [of the Greater London Authority], myself and a few other people really helped,” says Shain Shapiro, head of the secretariat of the London Night Time Commission, which was launched by then-mayor Boris Johnson in May. “That really got the message in people’s heads.”

Perhaps MVT’s biggest coup was the passing by the British government of the Town and Country Planning (General Permitted Development) (England) (Amendment) Order 2016 on 6 April, which provides a legal framework to protect existing music venues by encouraging local authorities to make it the responsibility of developers, not venues, to put in place noise-control measures on any new residential development. At the time, Jo Dipple, CEO of industry group UK Music, said the law gives small British venues “additional powers to help them survive and prosper.

Shapiro says it’s now “a lot easier to make our arguments now than it was three or four months ago. We don’t have to convince people as much. Now we’re just having substantive conversations about literal, specific things that need to change. That’s a win!”

Davyd adds that while “I don’t think you could point at any one thing anyone’s done over the past few years and say, ‘that’s caused it'”, he, like Shapiro, points to support from London’s governing Greater London Authority (GLA) as being key to the capital’s musical renaissance. “If the message coming from City Hall is, ‘We’re not prepared to see music venues closing’, you’d be surprised the impact that has on the number of venues that can actually be closed,” he says.

Recent victories for venue owners include a successful court battle by 1,410-capacity Camden venue Koko to prevent a neighbouring pub being turned into flats (and Camden Council’s subsequent backtracking over its original approval for the development, calling it an “isolated error”); the rescue of Earls Court venue The Troubadour (cap. 132) from bankruptcy, which it blamed on a noise-abatement notice forcing it to close its garden after 21.00, leading to a loss in revenue; and the withdrawal of a planning application to develop 1,000-capacity Peckham venue, club and café space the Bussey Building.

It’s not as if housing developers don’t have anywhere to build: London has “some of the biggest development sites in the world,” says Shapiro, as it expands relentlessly outwards into surrounding counties (RIP Middlesex). For live music types, though, Shapiro says the industry collectively needs to “realise that London is changing – that you can play in both inner and outer London and it not impact your economic model. One of the issues we face with opening new venues is that agents and promoters aren’t interested in exploring new parts of London…”

Amid all the success stories there are, of course, still venues under threat, but Davyd explains that “of 88 [small venues programming original material] we know of five that have some sort of problem – which is a low number, to be honest. If we’d have done that two years ago the figure would be more like 20.”

For the first time in a long time, Davyd concludes, “I think people in the sector are feeling a lot more positive about their ability to sustain London’s music scene and be valued in what they’re doing.

“When the mayor’s report came out last year, Jeff [Horton] at the 100 Club said: ‘This is the most positive thing anybody in government has said about the 100 Club in 20 years!'”