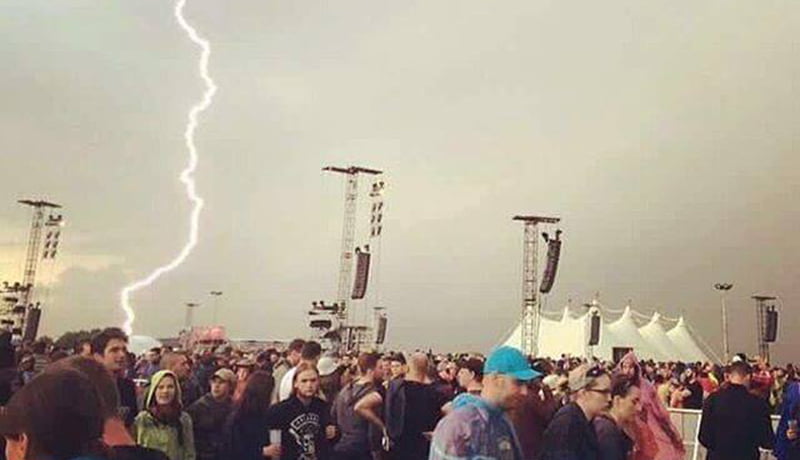 The final day of Rock am Ring was called off after over 70 people were injured by lightning.

Severe storms battered Europe over the weekend, leading to the deaths of at least 18 people amid widespread flooding in Germany, France, Romania and Belgium.

Writing on its Facebook page, Rock am Ring, promoted by Marek and Andre Lieberberg, explained that the municipality of Mendig had revoked the festival’s licence – a decision accepted by the Lieberbergs, citing their “responsibility for the welfare of the fans” – explaining: “On the first day of the festival more than 80 visitors were injured by lightning strikes […] and admitted to hospital. Because of the risky situation, we ask you to go back home by noon on Sunday. We regret the decision extraordinarily, however [we] ask you to understand this urgent situation, which is due to the bad weather.”

Black Sabbath were booked to headline on Sunday.

“We regret the decision extraordinarily, however we ask you to understand this urgent situation”

It is the second time in two years that festivalgoers at Rock am Ring, held at Mendig airfield, near the Nürburgring racing circuit, have been struck by lightning: at last year’s event 33 people were admitted to hospital, although that festival went ahead as planned.

The cancellation came after attendees were told to seek refuge in their cars or tents during storms on Friday and Saturday, although the festival later resumed. “We quickly took refuge in our tents; the storm was right on top of us,” wrote Bild reporter Eileen Primus, who was covering the festival. “The band had to flee the stage.”

Perhaps watching events unfold across the Atlantic, the final day of Governors Ball – which would have seen Kanye West, Death Cab for Cutie and Bat for Lashes play to tens of thousands of fans on Randall’s Island in New York – was also cancelled preemptively: promoter Founders Entertainment said there was a “high likelihood of lightning” forecast for Sunday.