Robert Plant, Jimmy Page and John Paul Jones were reportedly offered $14m to appear at Goldenvoice's 'concert of the century' in October 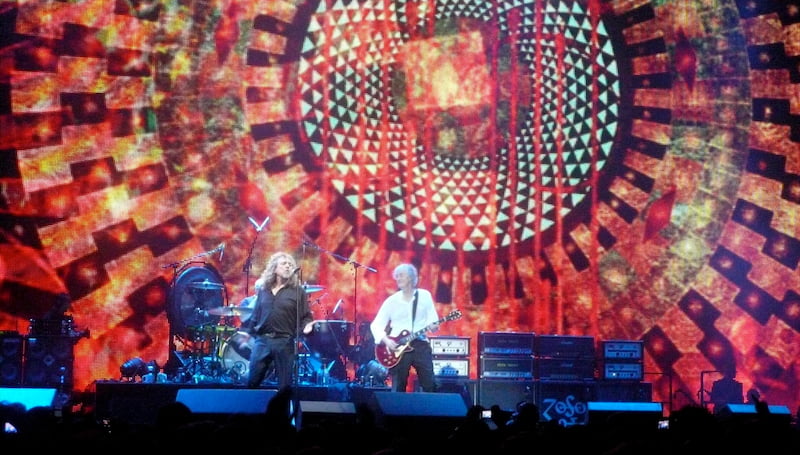 As jurors continue to deliberate whether ‘Stairway to Heaven’ is plagiarised from Spirit’s ‘Taurus’, it has emerged that Led Zeppelin could have earnt US$14 million towards their legal costs by appearing at Desert Trip in October.

The three surviving members – singer Robert Plant, guitarist Jimmy Page and bassist/keyboardist John Paul Jones – were collectively offered $7m per weekend to perform at the two-weekend California megafestival, reports Showbiz411′s Roger Friedman, which has grossed close to $150m with a heritage-heavy big-name line-up featuring The Rolling Stones, Bob Dylan, Paul McCartney, Neil Young, Roger Waters and The Who. The other acts are also reportedly being paid $7m per weekend.

Friedman reports that the other acts are also being paid $7m per weekend.  According to Friedman, Page was receptive but “Plant wouldn’t agree to any kind of reunion”. Led Zeppelin’s first and only full-length show since the death of drummer John Bonham in 1980 was a tribute concert for Atlantic Records co-founder Ahmet Ertegun at The O2 Arena in December 2007.

Led Zeppelin are currently being sued by Michael Skidmore, a trustee for Spirit founder Randy California, which alleges that the opening bars to ‘Stairway to Heaven’ plagiarise Spirit’s song ‘Taurus’. Plant was forced to cancel his appearance at the Guy Garvey-curated Meltdown festival last weekend to appear in court in Los Angeles.